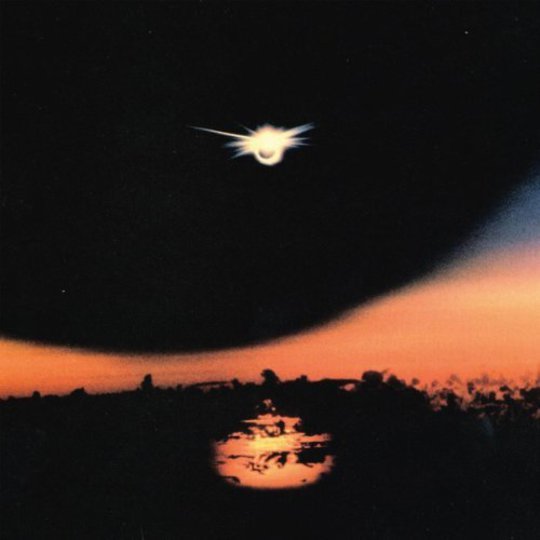 With the recent solar disturbances and the renewed chance of aurorae in the hinterlands of northern most Britain, attention has been turned firmly skywards again. It seems almost prescient, as Liz 'Grouper' Harris has returned to the fold after last year’s A I A, a double album composed of forays into the cosmos and the subconscious. Harris’ new project, or rather joint project, is a collaboration with Jesy Fortino, otherwise known as Tiny Vipers. Fortino’s last release, 2009’s Life on Earth, explored celestial territories not dissimilar to Grouper. Foreign Body finally aligns both Harris and Fortino, who have long been positioned closely within the constellation of West coast musicians.

Mirrorring, the name chosen for this project is, as you may have noticed, is purposely misspelt for symmetry. For Liz Harris and Jesy Fortino this project is a conceptual game of mirrors. In a recent interview with DiS, Harris describes their collaboration “as reflections and comments on each other as much as they remained statements of our individual emotions.” Those reflections on one another come as ripples and disturbances below the surface of each other’s individual contributions. Harris works at the depths, her low-end soundscapes gently affecting currents at the surface. Fortino’s strums rise from this sonic mire, faintly perceptible between the reverb.

Neither ever overcomes the other, but the equilibrium shifts from song to song. On the aptly named ‘Silent The Above’, reminiscent most of Tiny Vipers, Fortino’s vocals are relatively undisturbed, while reverberating echoes seep in around her eventually drowning her out. For anyone familiar with Fortino’s previous work, the alterations to her sparse aesthetic are at once obvious. Her own additions of laconic acoustic guitar are in keeping with her minimalism; an oddly corporeal accompaniment to the unworldly drones and indistinct chimes and strings underneath it.

Vocals are shared much like the instrumentation; voices hover at the edge of intelligibility, snippets perceivable at a strain. Harris filters in and out melding words and waiflike harmonies. Fortino’s fragile warbles are rarely distinguishable, lacking the sharpness of her previous recordings. Lyrics remain impenetrably private as if glimmered through eavesdropping. ‘Mine’ is almost liturgical, as Fortino drops her voice to a low incantation merging with Harris’s shadowy backing. Those brief moments, when the two echo or respond to each together, are where the project is most successful. On ‘Cliffs’ plucks of guitar are refracted through Harris’s production morphing into shrill fragments, fragile arpeggios are transformed into dissonant vibrations and mournful tones. For a moment the equilibrium is poised at this eclipse, resting between unease and dread.

Aside from that moment, there is little that offers any new elucidation of either artist. Grouper and Tiny Vipers are mostly discernable throughout, only occasionally is something foreign borne from their collaboration. Mirrorring have created an album that never coalesces, in which it’s difficult not to remain conscious of its parts, wonderful as they may be. Foreign Body leaves you standing between two mirrors, staring at endless reflections that never foreseeably meet.