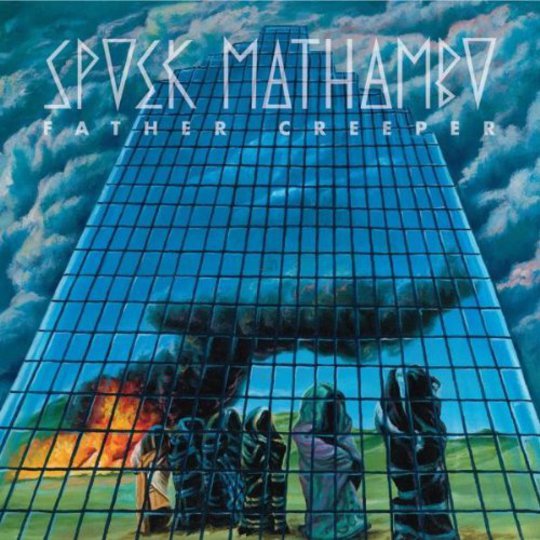 Something however is not quite right. Lurking behind the music is a quiet confidence, a sense that this was an album made without the usual assumed struggle, it sounds effortlessly composed. Spoek Mathambo has dabbled in electo-rap, featured on several tracks with other artists, did his thing, caught some hype from a Joy Division cover, but there’s not a lot of personality evident in comparison with his earlier eccentric work. You don’t necessarily want style to overcome musical substance, but it would be nice if Spoek had been able to expand on what was once referred to as ‘Township Tech’, a sound that fused the traditional with the future. Instead we get Mathambo the dabbler, experimenting with a collection of ideas, however leaving the puzzle unfinished.

Spoek Mathambo as a musician attempts to bridge several gaps; he’s almost musical polyfilla - bonding ideas, genres, the past and the present, welding, fusing, whatever you want to call it. The album represents months of playful studio tinkering. Though I can’t imagine these recording sessions occurred as endless cups of tea and plates of Garibaldi biscuits were served, there is a certain homely relaxed nature to proceedings, the nifty retrofired styling’s of ‘Let Them Talk’, and the closing two tracks ‘Stuck Together’ and ‘Grave’ which combine balmy fret fapping with a mystifying soulful melancholy, each song on the album sounds like it was recorded in a comfortable environment.

Which is where the authenticity statement crumbles somewhat. I’m not doubting Mathambo’s roots here, his upbringing, what he has seen, but this is the soundtrack of a safe South Africa; meandering down to the Wanderers Stadium to watch Vernon Philander get a five-for, as opposed to witnessing the violent carjacking of a Volkswagen Citi Golf. One craves to hear what is happening out of the window, as opposed to what is stuck in the studio.

There are a lot of interesting ideas and sound combinations thrown together which makes Father Creeper an absorbing listen. One of Father Creeper’s highlights the buoyant ‘Skorokoro’, echoing chants rise in repetition before breaking out into a spotty, blotchy rhymefest. The album’s title track sounds broken, technology malfunctioning; the new world out of date straight from the production line. ‘We Can Work’ is a blip blip droney number that goes against the nine to five, merging dark synths and foreboding complaints.

I think Spoek Mathambo was keen not to get pigeonholed, to be placed among that vast cardboard storage container that is thoughtlessly marked ‘African Music’. Father Creeper is a statement of sorts, proclaiming that though it is made in South Africa, this album is intended to remain unrestricted by borders and boundaries. It’s bold in spirit, but diluted in terms of the execution of these many ideas.

At times you want Spoek Mathambo to spill his guts more on Father Creeper; there is a detached viewpoint here. Since a number of the songs reminded me of the work of Saul Williams I was especially drawn to the lyrics, which remain the one point of contention, as they don’t blend suitably with the skilled compositions, Mathambo utilizes his own talents, alongside collaborating hired hands such as the slick guitarist Nicolaas Van Reenen, and pianist Theo Tuge. The production throughout is dazzling, Mathambo has worked effectively with French producer Marvy Da Pimp to leave indelible marks in the listener’s mind.

Father Creeper is most certainly not a perfect record, the ride is a trek back in time to the fairground, riding the dodgems, and getting shunted, lumped and banged-up as sounds collide. What it does have is a nice variety of fusions, and though it never claims to be anything other than an honest record from a hard working musician, its lack of grandiose ambition is quite refreshing in a time when many shout from the rooftops and only whispers are heard.