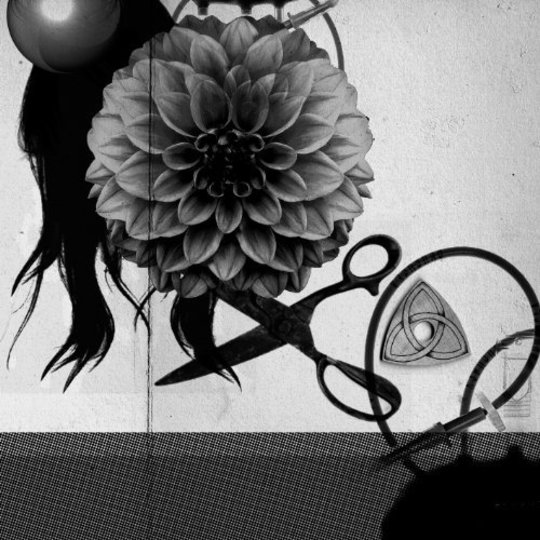 There must be a rush of ghost activity in Lancashire as Demdike Stare, everyone’s favourite occult vinyl raiders, are back with another resupply of mutated house music (13 months after their previous three hour drop - spooky). Tryptych, from 2011, complied the beats Sean Canty and Miles Whittaker served up over three long vinyl sermons; Elemental puts together the gatefolds they released around the new year. To the uninitiated, nothing’s changed: choirs are still chained to boilers, caged animals scream, the dance music rule book lies shredded in the corner. To those with a taste for Basic Channel and slasher films - and a willingness to now move slightly towards the light - Elemental is a high point in what’s been called witch house, as edible a two hours of Arabian pile-ups you could ever hope to hear.

It begins with a plummet down to oblivion. This is what Demdike Stare fans pay their money for; Hammer Horror piano, ghouls, machinery, nuked landscapes. And of course, the downright bizarre: ‘Mephisto’s Lament’ escapes its heavy metal title to offer drums and strained synths, somewhere between death and the Baywatch intro. It’s Elemental’s first Mr Hyde moment and Whittaker and Canty hang it out. The unease resurfaces on ‘Metamorphosis’, where train terminal crowds morph into techno, and on ‘Kommunion’ where waves of didgeridoo envelop the listener like tear gas. Anyone thinking they can self-hypnotise their way out of here is doomed, as numbers like ’Violetta strike out of nowhere, Dr Phibes jabbing the piano, beats like a shoe in a washing machine.

However, when compared to its predecessors, Elemental is Demdike’s most well-behaved record, rewarding you with the tiniest glimmer of light. In fact, tracks like ‘Mnemosyne’ are almost luminous: a chirpy, where-the-fuck-did-that-come-from dance synth that crosses to Bhangra in a heartbeat. It doesn’t make Elemental a 'happy' record but it does mean it’s prepared to experiment, producing two hours of dread you want to stick with. ‘New Use for Old Circuits’ traps you in a stomach, but opts for innovation ahead of hair-whitening horror soundtracks. ‘Dauerlinie’s rogue 8-bit could be talking Clangers, its strings distorted till they sound like wood.

Elemental is undoubtedly Demdike Stare’s most concise but varied release yet, right up to the crockery and boat engine bass of ‘Ishmael's Intent’. There are so many strange ideas here Sean Canty and Miles Whittaker should be awarded doctorates - they’ve reshaped dance music till the only person who can move to it is crazy Arthur Brown himself. The use of machines as industrial psychosis hint at a more modern witchcraft in Lancashire - needles, cheap TV, car plants running on crack - but the old evil still gets top billing, horns and symbols scratched everywhere. There really is very little out there like this, and Demdike is a very acquired taste. If you’ve got the stomach for it then Elemental is their banquet - 18 nightmares you’ll want to revisit.