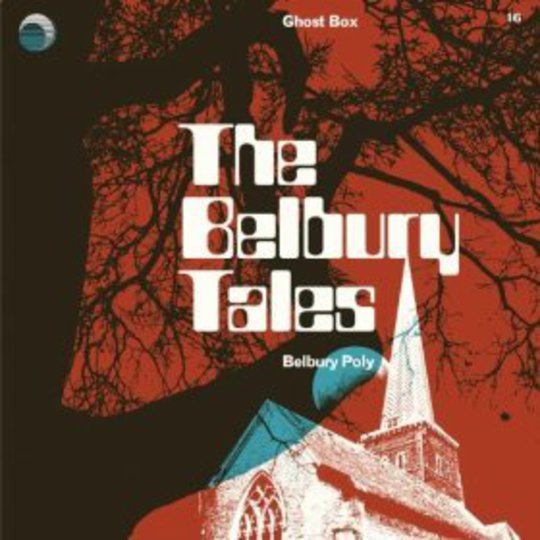 Jim Jupp is the founder of Ghost Box records, and as Belbury Poly sits on the poppier side of his label’s retro library music. Weird analogue synths? Rural symbolism? Artwork like a John Wyndham paperback? If you’re into all three then The Belbury Tales is Christmas; the label’s first full-length since their spree of double A-sides. Once again Jupp’s masquerading as the vicar of Belbury: an imaginary parish somewhere in the sticks where technology stopped with the first Speak & Spell. He’s back with a new sermon of soundtracks for cathedral audio tours; more queasily mid-Seventies than the second series of Catweazle.

This time, however, the formula’s been perfected. Shaking off the hauntology tag applied to label mate the Advisory Circle, the fourth Belbury album places sunshine over Satanism, with a fondness for BBC schools programmes that only insomniacs ever see. These have always been Jupp’s calling cards but this time production and melody have been quadrupled, real musicians adding muscle. ‘Now Then’ arranges Moog bass around descant recorder (and then that around the beat from ‘Teenage Dirtbag’), while the funky harpsichord of ‘Goat Foot’ deserves a blaxploitation movie of its own. Just when you thought the theme here was enjoyment ‘Green Grass Grows’ offers a shrill and spooky alphabet song, while ‘Earth Lights’ plays with groovy kaleidoscopes, creating a game show theme even UK Gold wouldn’t touch.

To protect against crossing into Austin Powers territory there’s still a thread of darkness on The Belbury Tales, with a few of the 13 tracks implying nights of bones, spirits and campfires. Like the Spinal Tap Stone Henge scene done seriously, Jupp combines prog rock and medieval mysteries, saluting every vicar who tripped balls in his study. ‘Unheimlich’ (literally, ‘unwelcoming’) is like Midsomer Murders gone beserk - forget about the thud of witch house; this is the real deal, the one Hansel and Gretel had to escape from. He hits bullseye on ‘The Geography’ with Chris Budd’s eerie guitar, and again on ‘Unforgotten Town’ where he samples BBC Acorn game The Flowers of Crystal. The narrator’s voice here sounds like a resurrected Vivian Stanshall. There’s a Rob Young horror story in the liner notes.

It’s this level of detail that’ll make The Belbury Tales the gateway record into Jupp’s world. Uneven and addictive, it does Ghost Box proud - a record label whose quality control is usually strict enough to convince you they’re a front company for Volvo. Jupp’s parting shot, the delicious ‘Summer Round’, might just be Belbury Poly’s finest moment to date: filled with half-remembered incidental music, schoolchildren and bees, it’s like watching Vangelis sneak downstairs for milk. After 39 minutes, Jupp completes his puzzle and aligns his new-found oomph and his old mysteries. Nostalgia doesn’t often feel as good as this. Prepare to feel both spooked and studious.