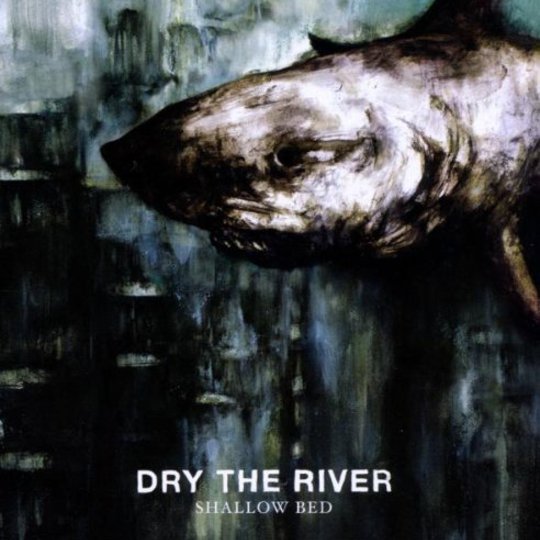 Only their debut album? Really? Stratford’s Dry The River seem to have been around for ever, their name etched onto touring schedules and Introducing articles since around the time we evolved eyes. Somewhere in southern France there are caves featuring crude outlines of singer Peter Liddle ground into the walls by hooves, Werner Herzog’s accented narration drowned out by an ever-rising buzz of hype.

At some point last year it became a tinnitus, amplified by a growing live reputation, longlisting for the BBC’s Sound Of 2012 and a major-label bidding war. Now the five-piece are signed to RCA, sharing the stable with Beyonce, Britney, Usher and Westlife. Incongruous family, to be sure: if the latter are out front, gyrating ceaselessly into a vacuum of programmed beats and PR sterility, then Dry The River are huddled upstairs in an oak study, ruminating on ancient tomes and biblical parable whilst necking wine from fractured goblets.

Does that sound dull? They are, at times, a little dull. Take opener 'Animal Skins', a textbook show in how to spend nearly three minutes failing to form a single memory. It’s like a stealth song, swooping in way below radar with a barrage of instruments and clearly polished production that somehow manages to leave no trace beyond a slight, barely-perceptible warming of the ear. Think the Midwich Cuckoos’ Dayout without the awful death and the terrifying children, and then worry for what the MoD could achieve with this if only their scientists could get through a listen without falling asleep.

Recent single 'New Ceremony' is much better, elegant chamber rock that swells to a frantic chorus set to be mangled by thousands in festival fields everywhere, Liddle’s voice veering from a chorister’s restraint to the breathless histrionics of Muse. But whilst the band draw clear influence from Neil Young and Leonard Cohen, with their sombre tone and varied instrumentation - from guitars and drums to strings and organs - they most evoke a Neon Bible-era Arcade Fire slightly shorn of the romance and nostalgia.

In its place is a solemnity that grows a little wearying, from the Sunday Mass song titles to the doomy meditations on alcoholism, obsession and scripture. There’s nothing wrong with seriousness, of course, but the themes do ring a little insincere, as though they’re straining too hard to hit the hymnbook’s notes, and there’s something quite incongruous, even contrived, about a band so young referencing Song Of Solomon as often as they do. That doesn’t mean Shallow Bed is without its moments, of course - more that they’re better found in isolation, away from the context of an album that starts to weigh like a sermon somewhere around the midpoint.

Chances are though that those moments will already be familiar, the highlights having graced EPs, blogs and live shows for several years. 'Weights & Measures' remains a peak, its build from fragile folk to towering crescendo just as striking as on its release last year, whilst 'Bible Belt' is soaringly emotive, at once understated and powerfully muscular. With its melodies and drum jaunt and slight scent of hay 'Shaker Hymns' ranges perilously close to Mumford territory, but lifts itself with a tense, portentous ending, and 'Demons' is shadowed and twilit without lapsing into melodrama. The penultimate 'Lion’s Den' is perhaps Dry The River’s strongest hand, though, the band abandoning restraint for a close that borders on cataclysmic, drum fills and vocal howls meshing into a wall of sound that delivers, finally, on the menace of the album’s cover with its murky greens and marauding shark and violent, manic strokes.

In the main, though, that isn’t an image that suits Shallow Bed. It’s too precise, too ordered to fully lift, and, unlike the band’s live shows, too damn earnest. But give them time, some Nietzsche and a few more months cabin-fevered together in their East London house and hopefully they’ll start to bite a little harder, flecks of blood seeping into the communion wine as the pews are torn away for dancing.