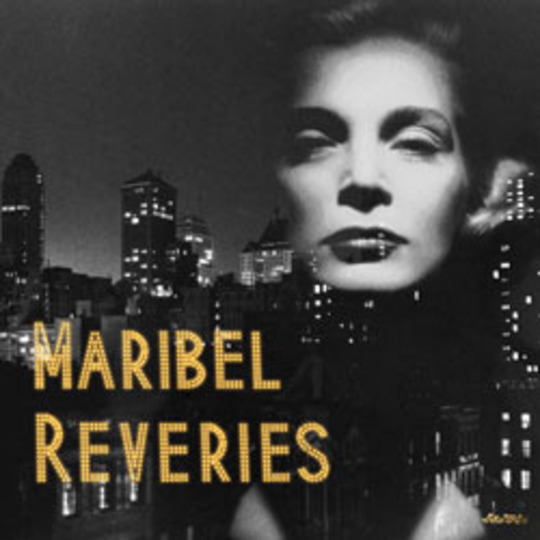 As difficult second albums go, it doesn't get much harder than trying to make that all important follow-up record only for your band to fall apart around you. Okay, so maybe we're exaggerating slightly; Maribel had already started to disintegrate shortly after the 2009 release of debut long player Aesthetics, a record DiS wildly enthused about not so long ago. Bathed in dizzy reverb, dreamy harmonies and hazy atmospherics, it's no surprise that comparisons with the likes of My Bloody Valentine and Slowdive soon followed.

Which may come as a surprise to anyone discovering Maribel for the first time. Although three-quarters of the line-up responsible for Aesthetics are present here, it's an entirely different aesthetic that punctuates Reveries' more subtle compositions. Perhaps due in no small part to the contribution of newest recruit Rebekka Von Markstein, a vocalist of East German descent who adds an ice cool veneer to her Norwegian counterparts previously noise-infused pieces.

While main songwriter, guitarist and co-vocalist Pal Espen Kapelrud takes much of the credit for what's on offer here, it's undoubtedly Markstein's delicate coo - eerily reminiscent of The Raveonettes' Sharin Foo at times - that helps augment a distinctive element to Maribel's sound. "You cut me with your eyes" intones Markstein on lead single 'Jezebel Jive', its haunting melody not a million miles away from many of the songs on the aforementioned's laidback 2009 opus In And Out Of Control. Likewise the sinister 'You Bring The Sadness', a maudlin lullaby of sorts that pretty much mirrors Reveries content for the most part.

And therein lies the record's major fault. Although salutations are in order for not playing it safe when churning out Aesthetics part II would have perhaps been the easy option, there's a pedestrian tendency punctuating Reveries, a record that is so laidback at times it's in danger of falling off its chair and landing head first upside down. While Harry's Gym drummer Bjarne Stensil once again assumes production duties as on the debut, the surprising lack of urgency, particularly throughout the second half of the record makes Reveries a forgettable experience at times, which is a shame bearing in mind what its creators are capable of.

However, when Reveries shines it sparkles radiantly with the best of its genre. 'Pretty Heights' takes the lysergic route into blissful utopia while 'Perfumed' mixes spaghetti western guitars with a forceful melody The Cramps would have been proud of back in the day. Overall though, it doesn't quite match the incendiary brutishness of its predecessor, and as a result Maribel come in a desultory third place behind fellow countrymen The Megaphonic Thrift and 120 Days in this year's fiercely contested album stakes.