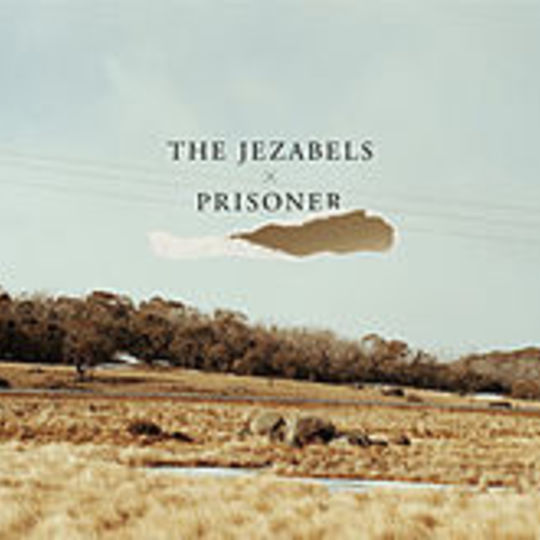 Rewind to last summer's Great Escape festival in Brighton and only one name seemed to be etched on the memory of those fortunate enough to have spent Friday lunchtime in Audio's tiny upstairs bar; The Jezabels. Prior to their showstopping performance, little was known about the Sydney-based four-piece in this part of the world, but afterwards, everyone present seemed intent on finding out more.

It's just as well then that almost a year later, their debut long player Prisoner has finally dropped in the UK. Initially released back home in September of last year, The Jezabels recently acquired distribution and licensing deal with PiAS ensuring their wares get an opportunity to be heard elsewhere. Not that the band are novices as such, having initially formed five years ago and already amassed a wealth of critical acclaim in their homeland thanks to a trio of self-released EPs and a string of mesmerising live performances.

As captivating as the band are on stage, and in particular vocalist Hayley Jane, whose presence remains an irrepressible focal point, translating such epic performances into the relatively isolated confines of a recording studio was never going to be a walk in the park. However, to their credit, producer Lachlan Mitchell and engineer Peter Katis (Turn On The Bright Lights, Boxer and The Winter Of Mixed Drinks to name but three records to which he's previously contributed) have managed to bring out the best of The Jezabels' epic qualities, for the most part at any rate.

Indeed the biggest criticism of Prisoner is that perhaps it could have done with editing down a tad. Comprising 13 pieces and clocking in at just under an hour in total, there's an apprehensive feeling that maybe less would have served as more by way of an introduction. While both the first and final thirds highlight The Jezabels as a potentially stadium threatening force, the middle tends to sag a little by way of comparison.

Splitting hairs aside, Prisoner contains more than enough moments to justify its existence. From the opening bars of Heather Shannon's church organ that introduce the title track, to the shimmering, six minutes long epic 'Catch Me' that closes the record in full-on, U2-style bombast, The Jezabels ooze an anthemic quality rarely seen in today's unambitious, scene-chasing combos.

With a vocal style that sits quite comfortably between Tango In The Night-era Stevie Nicks and Liz Fraser's ornate coo with a dash of Kate Bush accentuation thrown in, Hayley Jane's voice undoubtedly elevates The Jezabels and Prisoner above 'ordinary' status. On numbers like 'Long Highway' and forthcoming 45 'Rosebud', lavish production akin to what used to be a common theme in most Eighties alternative pop provides an ideal platform for the diminutive front woman to deliver her lines. On 'Endless Summer' and the quite breathless sounding 'Nobody Nowhere', she manages to out-Florence Ms. Welch, teaching the flame-haired one an unduly lesson in how dramatically orchestrated pop should be conveyed. Brooding instrumental 'Austerlitz' shows another side to the band, not least by way of its cinematic aura, like David Lynch conducting Fleetwood Mac underwater. Elsewhere, 'Peace Of Mind' rivals Lana Del Rey in the competition for most haunting piano ballad of 2012 while 'Deep Wide Ocean' takes spine chilling to another, goosebumping level.

Although not quite the timeless classic its creators had hoped for, Prisoner is a solid debut that bears all the hallmarks of a bright future for The Jezabels.