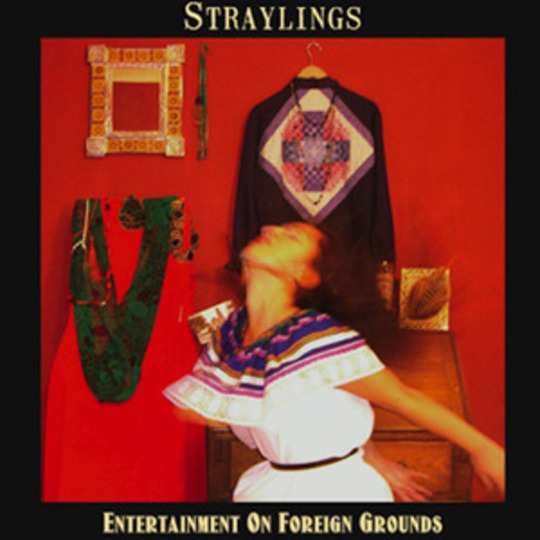 A quick scan of the boards here at DiS – the source of all absolutely-true-and-definitely-factual music-related knowledge – will tell you that around 30,000 albums are released in the UK every year. On top of that, there are already more than 15 million songs waiting to be streamed on Spotify. And that’s before we even think about adding up all the music that’s waiting for you for free on YouTube, SoundCloud and the radio. Then there’s all the old albums you’ve got sitting in CD racks and vinyl crates for you to return to when you find the time.

What we’re saying is, in case you hadn’t already realised, there’s a lot of music out there just waiting to be listened to. With all of that competition for the attention of your ears then, an album’s got to be not just half-decent, but nigh on excellent for it be worth more than, say, a minute of your time.

Entertainment On Foreign Grounds, the debut album by London duo Straylings, sadly, is only half-decent. You’ll listen to it. You won’t turn it off. At times you’ll even like it. But you won’t love it. And you certainly won’t be hitting repeat when you already know there’s so much that’s better out there. Even down Straylings’ chosen avenue of folk-tinged indie-rock you’ll far more interesting alleys to explore with Sparrow And The Workshop, Peggy Sue and latter-day Idlewild.

Because this is an album that fixes a formula at its outset and more or less sticks rigidly to it. Opening track ‘Carver’s Kicks’ is a clattering combination of rattling, distorted old guitar, drums played to the beat of a trek across dusty plains and vocals that wilt under the weight of a dark and mysterious past. None of that is a problem in itself; the problems start when you’re trying to work what to say is different about ‘Sleep Shapes’, ‘The Spoils’, ‘Bitter Face’, ‘Kings Of The Mire’ and… well, you get the point.

At least that first song has the courtesy to haunt you with the lamenting vocal harmony in its hook – you’ll struggle to recall the other choruses on offer here. That said, ‘The Saguaro’ sees Dana Zeera sing with a bit more personality, although it is the personality of PJ Harvey rather than her own, all wild, windswept and wickedly warbly (and to labour a point already made, you’ll find the women in the bands mentioned above get similar comparisons made).

Only two tracks really break the mould of Entertainment On Foreign Grounds, and even they do so in the most predictable fashion. ‘Marie & The Dusty Lands’ marks the album’s midway point, and is therefore the perfect moment at which to introduce a downbeat piano ballad. The song itself is made a success by its striking combination of sharpness and sadness, but it’s still ground that’s been more than adequately covered by bands like Dark Dark Dark. Finally, ‘To Lay Down Routes’ brings the album to a close with Straylings sounding far softer, slower and more cinematic than before. In other words, we’re in default last song territory.

That’s the problem with Straylings – they share a sound with other bands with few sparks of originality, and they present their songs in a fairly predictable and forgettable way. On paper, there isn’t a problem, because after all, they’re only following the rules set by down dozens of other bands before them. It’s just that their songs end up sounding so plain, you wish they’d fail at something spectacular rather than succeed at sounding so standard. At least then they’d stand out from the 29,999 other albums of 2012.