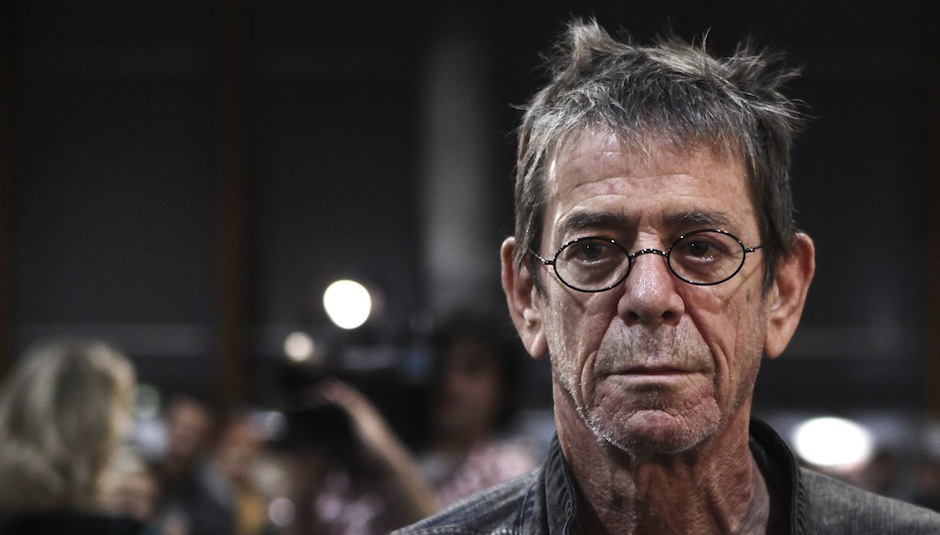 Of all the whisky-addled gibberish I’ve written for Drowned In Sound over the past few years, one of my most popularly glanced-upon pieces has been a “review” of Lou Reed and Metallica’s 2011 collaborative double album Lulu.

I originally pitched to review Lulu because I couldn’t quite believe that the unlikely combo of Reed and Metallica were teaming up in the first place. In some ways I still can’t believe it and slightly suspect that everything that’s happened since has been one long weird dream. In which case, back in the real world, maybe Lou Reed is still alive and kicking and everything is fine.

Security around Lulu was tight and by the time I received a promo the album was streaming in advance on the project’s official website and several places had already published their reviews. The record had been condemned before anyone even heard it and when people did hear it the disapproval only escalated. Excitable twitterers, message board opinionators, Reed fans, ’Tallica fans, fans of neither, fans of both, and serious critics alike objected to it in a remarkably bilious way. People didn’t just dislike the music, they really fucking hated every single thing about the project with a near-unprecedented fervour that I couldn’t understand and to this day still don’t.

Chuck Klosterman judged Lulu to be “dull and comedic” before going on a weird pro-capitalist rant about how the collapse of the record industry should not be celebrated because it results in bands like Metallica making the kind of music they want to make instead of “good music” that is “designed to generate revenue” (I’m pretty sure that’s also how we end up with the most deplorable lowest-common-denominator twerk-centric, rape-sanctioning, culturally-appropriating, racist, sexist, unimaginative trash that stains “enlightened” Western society’s music charts like an embarrassing, ineradicable, dark yellow urine stain, but there you go). Pitchfork scored the album 1.0. For Consequence of Sound, it was “a complete failure on every tangible and intangible level of its existence”. Some ardent Metallica fans were so upset that they sent death threats to Lou Reed. Well, their wish has been granted. There will be no Lulu Part II. Happy now?

Naturally, the deluge of frothy-mouthed abhorrence directed towards this inspired, intriguing, disobediently insane LP only made me like it more and convinced me that Loutallica must have been doing something right. The dubious, zealously negative reaction towards Lulu was the digital age’s first equivalent of the riot that greeted Stravinsky’s debut of The Rite of Spring.

Wracking my Scotch-soaked brain for a way to articulate something approaching an alternative viewpoint, I couldn’t help but think of Lester Bangs who’d been one of the original few to espouse the cathartic merits of Reed’s much-maligned feedback record Metal Machine Music. What would Bangs have made of Loutallica? It’s impossible to know. His opinions were anything but predictable and he died back in 1982 thus missing out on Lulu, let alone other Reed classics and oddities such as New York (1989), Magic and Loss (1992), The Raven (2003), Hudson River Wind Meditations (2007) and The Creation of the Universe by The Metal Machine Trio (2008). There’s no way my single-malt-embalmed mind could ever hope to match Bangs’ spark and originality, so instead I plagiarised borrowed as a template his 1976 Creem article heralding Metal Machine Music as “The Greatest Album Ever Made”.

A lot of readers seemed to think I was completely taking the piss by labelling Lulu “the second greatest album ever made” (I also wanted to award it a 10/10 but was overruled by the DiS powers-that-be who, to be fair, receive enough death threats as it stands from various terrible post-Britpop indie troupes and their distraught PRs). Though its tone was light-hearted, most of my review’s points were entirely sincere. Lulu is not boring. It is Metallica’s most interesting and engaging album in years. It is a sort of mutant cousin to Berlin. From the absurd “I am the table” stuff to the poignant closer ‘Junior Dad’, Lulu’s lyrics are madly enjoyable. And Lulu definitely is better than the latest Bon Iver record.

(For those who might suspect that this current piece is a supplementary component of a now even more elaborate gag, let me assure you THIS IS NOT A JOKE. Or is it? NO.)

When the dreadful, unexpected news broke on Sunday that Lou Reed had died, it was clear that the hatred towards Lulu had not waned. On this saddest of days, many of our fellow tittering opinion-vomiters out there in the Twitterverse thought it entirely appropriate to post things like “the saddest thing about Lou Reed dying is that Lulu was his last album”, “RIP Lou Reed. We’ll try to forget about Lulu”, “I wonder many obits are going to brush over Lulu?” and “HAHAHAHA LET’S ALL PRETEND LULU NEVER HAPPENED HA FUCKING HA LULU!!!! #LouReedRIP #Loutallica #BIGFUCKINGLOLS”

On the contrary, Reed couldn’t have made a greater, more fitting final album. He was among the most cantankerous, single-minded “popular” musicians who ever walked the Earth, who either revelled in or simply didn’t care about dividing critics and alienating audiences, who possessed a heroic disregard for listeners’ expectations, and who created the art that he wanted to (or had to) create irrespective of the demands of society. As the art historian Quentin Bell mused in his essay on “Bad Art” (1962), the difference between good art and bad art is “sentiment”: “The sentiment in a Van Gogh is in the highest degree personal, he is moved by a pure and uncalculating desire to make pictorial statements”. In his own time, Van Gogh’s work was “almost universally condemned for its ugliness and its ineptitude”. The “good artist” struggles against hostility and indifference, fighting against the popular conception of beauty. The “bad artist” accepts it immediately (or after a brief struggle) and is “continually driven to a compromise, to an insincere bargain which results in falsity of sentiment, in bad art”. Lou Reed sits firmly in the former category, while the art that Klosterman wishes Metallica would stick to is that of the “bad artist”:

“These artists had completely accepted the opinion of their age as to what constituted a beautiful picture, and, having done so, addressed themselves to the beautiful with horrifying success.”

The Velvet Underground were hardly recognised as culture-transforming pioneers when they were active. Berlin (1973) suffered poor sales and harsh reviews upon its release, taking time to acquire its subsequent reputation as an ostentatious, morbidly sad tour de force. In spite of Bangs’ efforts, Metal Machine Music was seen as nothing more valuable than a record-label-antagonising prank. Only later did it turn out to be alternative rock’s equivalent of Marcel Duchamp’s Fountain. Confounding all expectations of what art should be, it wouldn’t have had the same impact if it wasn’t for a certain artist’s name inscribed on the side, it asked questions about what art could and should be, and it opened the floodgates for an infinity of new possibilities. Beloved by Sonic Youth, TV on the Radio, and Throbbing Gristle among countless others, and acting as a launching pad for the entire Noise scene, Metal Machine Music’s influence cannot be underestimated.

Who knows if Lulu will be recognised as the courageous avant-garde masterpiece that it is two or three generations from now. Who knows what influence it might have. Don’t scoff at what culture has prevented you from understanding. Don’t dismiss with rabid levels of disdain a work that you haven’t given much of a chance, or simply switched off after its alienating opening lines of “I would cut my legs and tits off / When I think of Boris Karloff and Kinski”. That’s not how the new Arctic Monkeys record starts is it? And it’s all the worse for it. Don’t single out “I am the table” at the expense of the record’s many more fascinating, less immediate aspects. And don’t for one minute underestimate the visionary qualities of Lou Reed’s genius.

Do you think Lou himself would want to be remembered as that Bowie-esque, unthreateningly androgynous pop singer who wrote ‘Perfect Day’, ‘Satellite of Love’, and that one where the coloured girls go “doo-do-doo-do-doo-do-do-doo”? Do you think he’d rather had ended his career having pandered to the lower tastes of his audience and critics by pooping out an insipid revenue-generating sequel to Transformer? Would you rather have seen him strung up on Rick Rubin’s karaoke puppet strings, croaking out acoustic covers of alt-rock anthems he’d never even heard five minutes before recording them? Or would you rather he went out kicking, pissing people off left, right, and centre, baffling them, confusing them, riling them into paragraphs of laughably reactionary nonsense with an utterly unique record of such impenetrability that rock scholars will be scratching their heads over it for years to come?

If you think Lulu is not a fitting conclusion to Reed’s barrier-breaking, uncompromising, doggedly resolute, middle-finger-brandishing punk-rock-before-punk-rock career, if you think Lulu should be wiped from history like Trotsky from a Soviet photograph, if you’re so confidently misguided as to seriously believe that you’re right and Lou Reed is wrong, then you have foolishly misunderstood a fundamental aspect, probably the most fundamental aspect, of Lou Reed as an artist and as an individual.