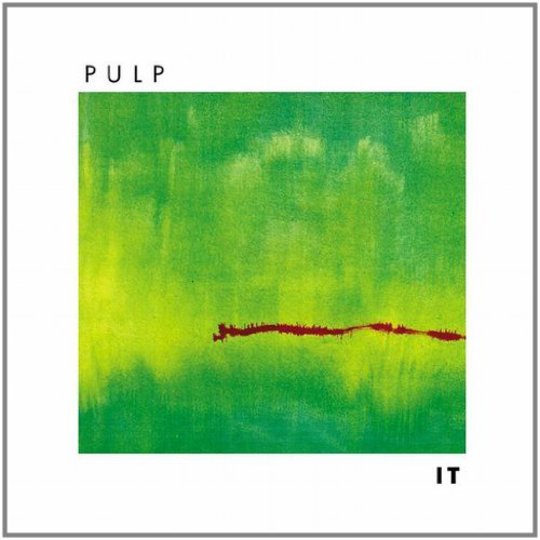 Whilst Pulp's triumphant return to the live arena last summer provided the perfect opportunity for everybody to “remember the first time”, it's pretty doubtful that many present actually remember Pulp's 'first time'. With the imminent reissue, by Fire Records, of Pulp's first three albums, last Friday’s episode of The Million Pound Drop provided a timely reminder of the fact that although Pulp ceased to languish in obscurity by the mid-Nineties, the music they released prior to 1994's His 'N Hers to all intents still does. When Davina posed the question “Which of these bands released an album first?”, with the multiple choice options of Pulp themselves, Radiohead, Oasis and Coldplay, contestants Chris and Daryl quickly discounted Coldplay (2000) before proceeding to split their remaining £450,000 between Oasis (1994) and Radiohead (1993). Poor Chris and Daryl.

It's a pretty understandable mistake though. Given their association with Britpop it seems almost seems extraordinary even to those of us in the know that Pulp's debut album, It was released in 1983, the same year as, Murmur, Swordfishtrombones and Let's Dance as opposed to Elastica and I Should Coco. Pulp were an outsider group even at their most popular, but in 1983 they were well below the radar. Although their early Peel sessions bore the traces of post-punk and other assorted Peel favourites It stands out incongruously in Pulp's back catalogue for its acoustic based indie-folk sound. Ironically Pulp's final album We Love Life is probably the closest in sonic vocabulary, although it's fair to say that in 1983 Pulp just didn't have same songwriting chops and Jarvis was a long way off the slyly observant social observer that he would become. Nonetheless It still bears embryonic traces of what would one day make Pulp great.

Album opener 'My Lighthouse' in particular displays the melodic and compositional gifts that this early line-up (including future Mission guitarist Simon Hinkler) possessed as well as the ostensibly innocent romantic outlook of young Jarvis (unless you consider the titular reference a ghastly phallic reference); a simplistically mellifluous acoustic strum that soars gracefully on the chorus of “It may seem strange to talk of love and then lighthouses, but it's not strange to me”, in no small part due to the angelic backing vocals of big sister Saskia Cocker. The spare picked guitar lead of 'Wishful Thinking' relocates post-punk economy to more pastoral surroundings with subtle Spector referencing castanets and creeping piano embellished with a gorgeous flute solo. Meanwhile Cocker continues in a vein of adolescent romantic longing far removed from the seedy vignettes and anthems of later albums, yet of a slightly more sensual nature (“The moon was dark, her perfume strong, her clothes were tight; it turned me on”). It's by some distance It's strongest track and things effectively go steadily downhill afterwards, although there are several other highlights.

The string section of 'Joking Aside' arches like Cocker's eyebrow and it's easily his best vocal performance, undoubtedly a result of the superior lyrical rhythm at play (“Viewed from outside these pursuits I might try seemed possessed of a certain allure/ Now they're no longer a source of mystery my faith in them is more of a chore”) and the song's playful melodicism. 'Love Love' is jaunty and catchy, but ultimately just a bit irritating with its parping and squealing brass section a little too cruise ship. 'Blue Girls' is an interesting composition of heavily reverbed piano, snake charmer flute and incidental background chatter, but Cocker doesn't quite sound at ease in the centre-stage with such minimal instrumental backing and it drags at six minutes. 'Boats and Trains' is a pleasantly shimmering interlude, a quality also shared by 'In Many Ways', which is most memorable for the way the juxtaposition of more crystalline Eighties guitars (think Felt) with folksy hand percussion.

As with all reissues the main reasons for those already in possession of the original album is the remastering job and the extras. As far as sound quality is concerned there is no great discernible difference compared to previous reissues (Fire reissued it in 2002) and the bonus materials presents mixed offerings. The single version of 'My Lighthouse' pushes the chorus backing vocals higher in the mix rendering them a little too all consuming, but it makes no great difference either way. Conversely the superior alternative version of 'Blue Girls' makes Cocker less isolated by bringing the piano to the fore of the mix. The organ heavy 'Please Don't Worry', also available on their Peel sessions compilation, is a welcomingly upbeat romp, but the easy listening 'Sink or Swim' doesn't really add much, although the warm synth pads are a pointer to their future.

It would be hyperbolic to suggest that just because it was the début album of one of our most beloved pop bands (dare I brandish the cliché 'National Treasure'?) of the past 20 years that It is essential listening for all, because... well, it isn't. Lets just say it's one for the diehards and the more curious latecomers who want to hear Pulp when they were outsiders amongst outsiders.