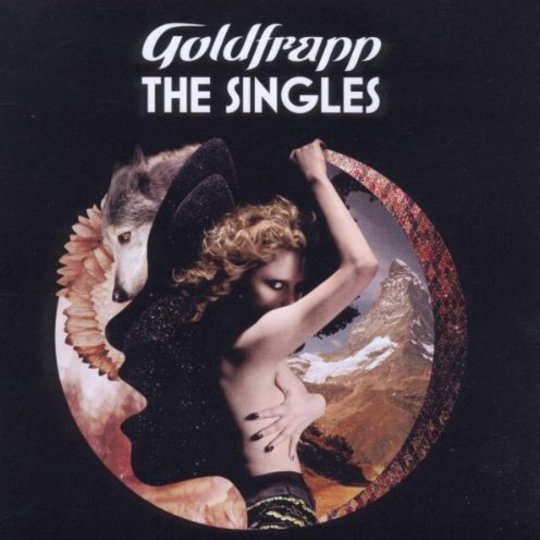 There always seemed to be an ongoing argument regarding Goldfrapp: are they sleek and inventive chameleons or simply opportunistic magpies? Certainly, they are band who changed with the wind and seemed to effortlessly blend into the contemporary musical traffic without so much as looking into their blind spot. But equally, they've frequently faced critical scorn for being overtly cynical: moving about the various corners of the scene depending on tastes, styles and cultural milieu rather than musical integrity and intent. Won’t the real Goldfrapp please stand up? Yes, stop sprawling seductively on the leather couch and come here. Let’s have a look at you, shall we?

Well, for starters, we can dismiss that initial question as rhetorical. Goldfrapp were never trailblazers; but nor were they cynical copyists. They were simply a very good electronic outfit who happened to appear at a time when the market was right for a combination of atmospheric electronica and the confident, dark sensuality that Will Gregory and Alison Goldfrapp crafted and espoused. The fact that they have survived for 12 years in a notoriously fickle highway of music is testament to their ability to change their masks regularly. It wasn’t cynicism; it was necessity. And the most striking thing from their singles compilation is that within this, they actually managed to craft some rather excellent pieces of pop orientated electronica. Retrospective compilations can either provide a neat distillation of an artist’s oeuvre, or serve as a letter of introduction to the back catalogue. In this case, it is most definitely the former. After hearing this, you genuinely have heard the best Goldfrapp had to offer and aside from a few quid for their debut, there is little need to invest in their other records. But whereas that won’t necessarily please the label desperate for you to head down to the shops, it does serve to make this compilation of an impressively high standard, casting the band in a far more flattering light than their oft-overstretched albums ever did.

There is a slight shame that more isn’t featured from the excellent Felt Mountain (still their most complete record), represented here by the gloriously unsettling ‘Lovely Head’ and the sprawling, lapping textures of ‘Utopia’. Released in 2000 towards the end of the trip-hop explosion, the record failed to garner significant commercial success despite critical praise. So Goldfrapp went away, invested in tighter outfits and discovered a button hidden under the dust on the synthesiser marked 'filthy'. The result was 2003’s remarkable about-turn on Black Cherry – an album densely layered in Studio 54 decadence, electroclash fuzz and coquettish titillation. It sold in bucketloads; capturing attention in a market over-stuffed with dull Strokes copyists and dead-eyed dance remixes. Though a patchy record in terms of quality, the rhythmical frottage found on ‘Train’, the post-coital title track and the stomping, serotonin-crushing exaltations of ‘Strict Machine’ remain fine examples of electro-pop with truly wicked intentions.

Supernature, from 2005, was of similarly mixed overall quality, but spawned the shimmering ‘Number 1’ and the pulsing incantation of ‘Ride a White Horse’. By this point, Goldfrapp had arguably become far more about their live shows (Alison wearing surreal, animal-inspired costumes and stage theatrics) than their music; a fact born out by the lead single – ‘Ooh La La’ – being essentially a more straight-laced version of Rachel Stevens and Richard X’s brilliant ‘Some Girls’. It may have been this realisation that they’d reached their limit with dance music that led them to pursue a more ambient, natural set of soundscapes on 2008’s Seventh Tree – arguably their second finest record. Its pastoral atmosphere and stark focus on the previously unexplored depths of Alison’s vocals proved rewarding, though again, the duo struggled to maintain a persistent quality over an entire album. The two tracks represented here – the electro-folk of ‘A&E’ and the layered sweetness of ‘Happiness’ showcase a subtlety and dynamic intelligence seldom noted in their post-2000 output.

Head First (2010) saw Goldfrapp delve back into electronic sound, though now plundering the opulent Eighties rather than the decadence of the Seventies. It failed to chart significantly which may be more due to the rather tired revisions displayed throughout the record. Lead single ‘Rocket’ sounds far too much like something from an Eighties teen movie montage but the more stripped ‘Believer’ is far stronger. The compilation is rounded off by two new tracks: ‘Yellow Halo’ and ‘Melancholy Sky’. The excellent former track resembles M83 in terms of its dream pop textures and slow-build whilst the latter is reminiscent of their Seventh Tree output in its organic colour and triumphant orchestral swirls. Impressively, both are comparable to Goldfrapp’s best work and provide a welcome relief from the typical 'will this do?' guff that often suffixes most Best Of compilations.

One interesting reflection on their career is that contrary to belief, Goldfrapp were never a sexy band. Despite all of Alison’s sighs and moans; Goldfrapp were too theatrical and borderline bonkers to ever be genuinely erotic. What they were at their best was a deliciously OTT electronic act who were savvy enough to change their game when the bottom of the trip-hop, then the electroclash bandwagon came crashing through. And most surprisingly, these tracks stand up well. As previously mentioned, the album also provides a perfect example of how sometimes all you need from an artist is a distilled compilation. This doesn’t happen too often but in this case, there’s a genuine quality and class behind the vast majority of the work chosen here: flowing and clinging together within a well-considered tracklisting.

As a band, Goldfrapp struggled to make great albums, but they did make great tracks when the moment pressed them to do so. And so in this format, with the evidence presented here, Goldfrapp are exactly how they wanted the world to see them: sleek, intelligent, flirtatious and deliciously off their tits. Under all the daft masks, costumes, tails and ridiculous stage shenanigans, there was a surprisingly excellent singles band lurking undeterred. Who would have thought it?