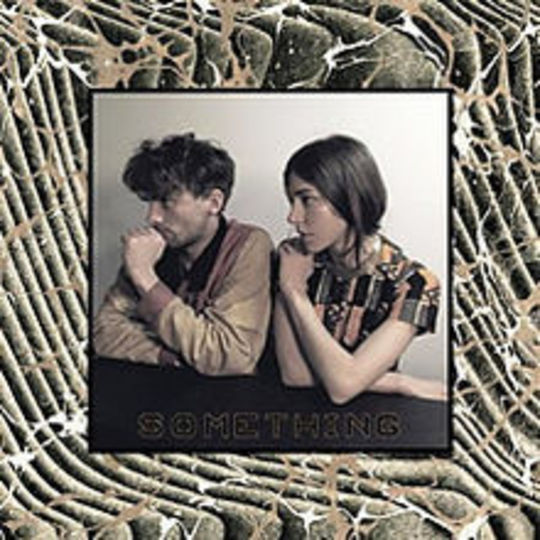 Having seen their music receive its first exposure to a UK audience via an iPod Nano television commercial back in 2008, the ensuing years have been a whole lot more eventful for Chairlift than many would have anticipated. Initially formed at the University of Colorado in 2005 by girlfriend/boyfriend duo Caroline Polachek and Aaron Pfenning, their relocation to Brooklyn the following year would see them hook up with multi-faceted musician Patrick Wimberly. It was here that the songs which would go on to form their debut long player Does You Inspire You? were conceived, culminating in a licensing deal with Columbia Records. Relentless tour schedules booked, 2009 was meant to be the year when Chairlift would take over the world. Or the airwaves at least. As often happens, such pipedreams became just that, and during the back end of that elongated stretch on the road in early 2010, Pfenning and Polachek's relationship disintegrated. Despite honouring contractual obligations and playing the remainder of those shows, the future of the band was in complete disarray and Pfenning departed soon after, leaving Chairlift effectively a two-piece.

Nevertheless, Polachek wasn't about to laze around pining, and rather than rest on her laurels, set about writing the follow-up with Wimberly instead. Penning a remarkable 40 songs in under a year, the sifting process proved to be the hardest part, finally whittling it down to the 11 that made the final cut as Something. Having produced the first record themselves, the newly stripped down Chairlift headed to Hot Chip associate Dan Carey's studio in London. Although renowned for a more textured, dance-orientated sound, Carey's wholesome approach has helped create a heavily layered yet simplistic collection of deftly assembled chamber pop nuggets.

Not that Something is exactly a million miles away from the aesthetic of its predecessor either. With Polachek's enriching vocal lying somewhere between the lascivious poise of Stevie Nicks and errant charm of Carly Simon, Something finds itself firmly nestled in the Eighties, albeit a more mature take on the decade of hedonistic excess and dayglow fashion disasters than Does You Inspire You? At the same time, its subject matter has an ambiguous diversity throughout rather than wallowing in self pity at Polachek's break-up. The first fruits of the older, wiser Chairlift emerged in August via Grizzly Bear's Chris Taylor's imprint Terrible Records. Decidedly funkier and built around a looped processed beat, 'Amanaemonesia' heralded a breath of fresh air not to mention stirring up a wave of expectation for the long player to follow.

With Something, Chairlift haven't so much redefined their sound as papered over the cracks with an added coat of emulsion for good measure. Opener 'Sidewalk Safari' might resemble a synthetic Siouxsie Sioux toying with Rumours while the digitally enhanced 'Wrong Opinion' holds its 'pop' banner high and proud for its entire five minutes duration. Better still is the pulsating 'I Belong In Your Arms', its genre transgressing tendencies highlighted by an intro lifted straight from Ride's 'Leave Them All Behind' onto Kenny Loggins' body double fit for purpose in his 'Danger Zone'. Elsewhere, 'Ghost Tonight' and 'Met Before' both make separate claims for daytime radio playlisting. Whereas the former goes for the insatiable hookline ("Tell me what you see, see the walls through me"), the latter offers a widescreen view fusing shoegaze with melody like The Boo Radleys in their Giant Steps pomp.

Perhaps the biggest criticism of Something is that it slips into a lull during the final third. While 'Frigid Spring' takes its calling card from Arthur Lee and Love's songbook, the dreamy 'Turning' and pounding 'Guilty As Charged' bring the record to an anti-climax rather than furious finale. However, as difficult second albums go; and given the circumstances Something emerged from, difficult would be the operative word; Chairlift can be proud at what they've accomplished.