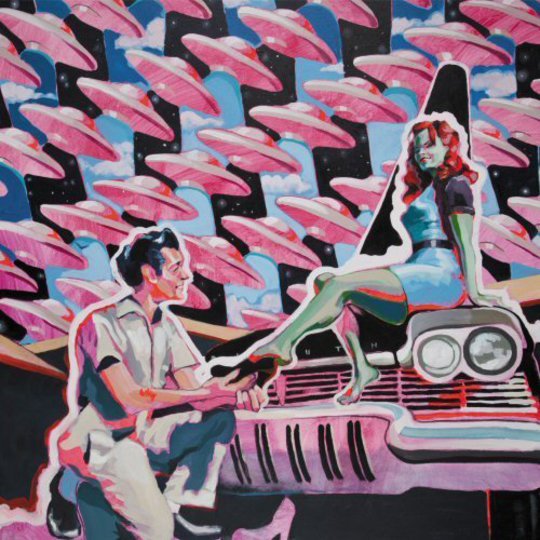 Joshua Allen of The Morning News once speculatively calculated the perfect song length to be two minutes and 42 seconds. Will recent advances in technology inspire a trend for songs that are shorter in length? After all, the internet is rewiring our brains and diminishing our capacity for concentration and contemplation, according to a thing written by some bloke. MP3 players and playlists have inspired predictions of the 'death of the album' because people no longer have to nor want to listen to any artist’s entire indulgent record in one sitting. The lack of any physical object means that the days of staring at lusciously drawn illustrations of dragons while listening to extended Rick Wakeman keyboard solos regrettably are long gone.

Such fears are nothing new. The alarmists of yore used to accuse the 'MTV generation' of possessing dangerously short attention spans, yet many of those viewers were more than happy to watch nine plus minutes of whichever Tool video happened to be on and eventually some of them even got jobs. It’s hard to deny the increasing dominance of instant gratification however, and now even music criticism is transforming. Spin magazine recently announced that it is to replace the majority of its album reviews with mere tweets, a policy that has provoked reactions of disgust from some, not least Everett True, who if restricted to 140 characters would be cruelly prevented from including his traditional quota of hyperbole, unnecessary swearing and anecdotes about what he did in the Nineties.

All of which is an unnecessarily long introduction to the fact that Dan Sartain’s new album is an exercise in brevity, consisting of 13 tracks over the course of under 19 minutes, with an average track length of one minute 30 seconds. If Too Tough To Live is a product of the contemporary situation however (and perhaps it isn't at all), it has a sound rooted firmly in the past, and specifically the late Seventies.

The project certainly has energy and audacity, although it is a shame that these are articulated in such strict adherence to the formula of its influences, with little if anything new to add. There is Misfits-y croon punk, Buzzcocks-y speed pop, and huge dollops of both the melodic sensibility and intelligence-masquerading-as-stupidity of the Ramones; all of which might be quite exciting if you’ve never heard the Misfits, Buzzcocks or Ramones because you’ve been brought up on the Planet Mars or in a cult that believes all music apart from Ringo Starr and His All-Starr Band is the work of Beelzebub.

The old-school punk rock/new wave compositions are sometimes accompanied by lyrical references which also seem dated. ‘Swap Meet’ reminisces fondly on the pre-eBay age and the opening track is called ‘Nam Vet’. Singing about Vietnam might be less embarrassing and not as sanctimonious as dealing directly with the current military conflicts to which it has parallels, but in doing this Dan cements himself even more solidly in the past. Jane Wiedlin of The Gogos, a graduate of the era Sartain seems so enamoured by, helps out on the track ‘Now Now Now’. Perhaps a more appropriate title for the track, for the whole album in fact, would be ‘Then Then Then’.

Does this matter? Is punk rock timeless? Can this style of music be played by anybody at any time? There is room in every record collection for a small amount of derivative, retrospective punk rock and simulating older musical fashions never did the likes of Jon Spencer or Jack White any harm. Sartain certainly scores higher on the integrity barometer than the heavily marketed rockabilly shtick of Imelda May, but without any fresh twist it’s hard to make a case for this kind of material’s relevancy. Ultimately it is the quality and similarity rather than the shortness of the tracks that give this album a rushed feel. In upping the pace Sartain has eschewed the variety and depth of his earlier songs and although this rapid material might be more exhilarating in a live environment it is not aided by the tinny basslessness of the recording. Sartain never exactly sounds cutting edge, but he usually sounds better than this.