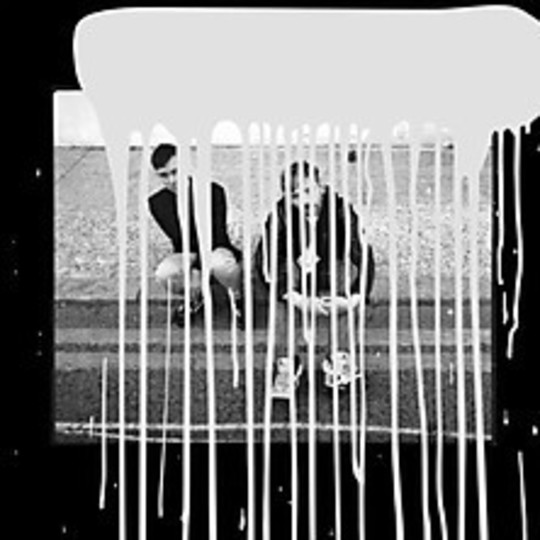 As bold statements of intent go, they don't come much bolder than calling your album Future This - it almost implies said record represents some kind of year zero. A cut off from the past, the future starts here. Which is a refreshing change from the never ending onslaught of washed up homegrown bands bemoaning the supposed 'death of guitar music' on these shores.

Not that The Big Pink have ever been ones to lack foresight or ambition. Right from the outset, both Robbie Furze and Milo Cordell made their intentions known that the follow-up to 2009's A Brief History Of Love would have a more beat-laden, hip hop influence than its predecessor. Indeed only last month when DiS spoke with singer, guitarist and songwriter Furze, he admitted he'd had enough of guitars. Not in a cynical way due to changing tastes and fads, but more because he felt The Big Pink had become too rock orientated and lost their original sense of purpose. Maybe that helps explain why The Big Pink's live shows have often been very hit and miss affairs. Catch them on a good day and there's little doubt they can be one of the most explosive live bands in the country. Unfortunately, at the polar end of the spectrum their inconsistency can also have an adverse effect, as anyone present during their set on the NME stage at 2010's Leeds Festival will sadly testify.

However, we'd rather concentrate on the positives and Future This has many to be going on with. Mostly written at the back end of 2010 and recorded from then onwards through to the middle of last year, it's interesting that a lot of material the duo were laying down towards the end of touring the first record remains in the vaults, largely untouched. Only two songs have survived the cull - opener 'Stay Gold' and the title track itself - and in the case of the latter it's barely recognisable from its original demo or the embryonic sketch that formed part of the set on during those final tour dates.

The former sets the scene quite admirably, bridging the gap between albums one and two succinctly."No time to laugh, no time to cry" intones Furze before adding the battle cry "And lead the darkness into light." Whereas A Brief History Of Love was largely comprised of downbeat, noise infused soundwalls complaining of feeling low ('Count Backwards From Ten') or congenial darkness ('At War With The Sun'), Future This aims for the stars. Recent single 'Hit The Ground (Superman)', which samples Laurie Anderson's unlikely 1981 hit single is perhaps the most glaring example of the band's desire to change, not least in terms of embracing electronic sounds rather than the rock behemoth that perpetuated its predecessor. Much of this change undoubtedly lies at the fingertips of Paul Epworth, a unanimous choice as producer despite the band's dismissal of 'Stop The World' from their previous encounter.

Although not exactly the hip-hop flavoured long player audaciously hinted at, 'Give It Up' fuses truncated beats with a deeply activated bassline while 'Lose Your Mind' heads for the dancefloor in diminutive fashion, complete with air raid sirens and all. What is apparent about Future This is The Big Pink's knack of writing hook-driven melodies and rousing choruses. While not being something they'd admit to just yet, there's no denying they possess an uncanny ability to craft deft pop songs, albeit from the left side of the fence. 'Rubbernecking' highlights such a facet throughout its three-and-a-half minutes, Furze intoning "Maybe my house is burning, maybe my rose is dead, but I'm too busy rubbernecking" mantra-like fashion at irregular intervals. Likewise '13' also demonstrates their devilish, skewered approach impeccably, Milo Cordell employing a floating keyboard sound to convey its melody while Furze attests "Every day's just like living in fiction."

Of course, Future This is not perfect. Some elements of the record are a little formulaic and while its creators should be applauded for not churning out A Brief History Of Love mark two, those elements of loud guitar had a defining rather than hindering effect making the decision to sideline them altogether here seem a little harsh. Nevertheless, as the sound of a band still in development mode and not quite sure of their identity, Future This offers a lucid insight into where their next sonic adventure may take them.