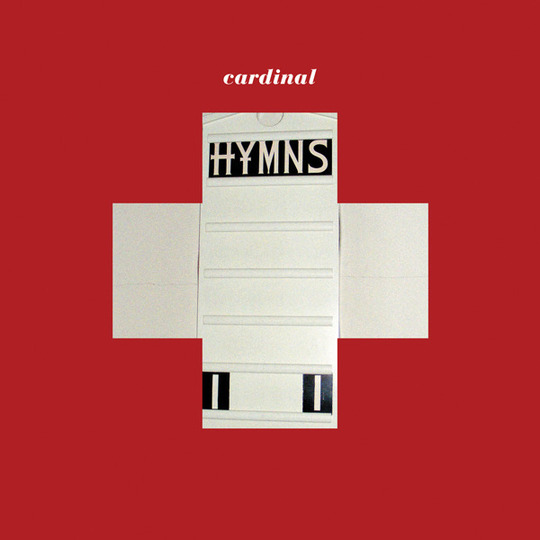 These days the name Cardinal might be met with blank looks and shrugged shoulders but once upon a time they were deemed to be among the brightest hopes from the US underground music scene. Formed in Boston at the outset of 1992 by Californian multi-instrumentalist Eric Matths and Australian singer/songwriter Richard Davies, their back-to-basics approach to crafting songs was a welcome antidote to the grunge explosion happening all around. Indeed, alongside the likes of Sebadoh and The Posies, the expectations were for Cardinal to use such old fashioned values for a new era whilst embarking on a long and prosperous career themselves. Of course hefty expectations have a nasty habit of failing to materialise, and despite releasing one self-titled LP to much critical acclaim on the Flydaddy label back in 1994, Cardinal have been on a somewhat indefinite hiatus ever since.

Not that the project's two founder members have been anything less than busy in the interim period. Having initially cut his teeth with power pop outfit The Moles, Davies' first release after Cardinal (Instinct) was under his old band's name, despite actually being a solo record. Since then, he's gone on to work with artists such as The Flaming Lips and more recently Guided By Voices mainman Robert Pollard as Cosmos for 2009's Jar Of Jam, Ton Of Bricks long player. Matthews, on the other hand, embarked upon a successful career of his own both as a recording artist and producer of other people's material. His most recent project as one half of instrumental post-rockers Seinking Ships produced 2010's understated Museum Quality Capture album, a record of lavish beauty deserving so much more attention than bestowed upon release.

Despite their reunion taking longer than anticipated - Davies and Matthews having initially teamed up two years ago only to part ways again due to that old chestnut 'creative differences' - it was perhaps inevitable that the Cardinal reunion would eventually reach fruition, 18 years after the initial furore surrounding their debut.

What's striking from the outset about Hymns is that little has changed in Davies and Matthews' elegant world of classically-inspired chamber pop. From the plaintive strum of opener 'Northern Soul', which recalls The Byrds' 'Bells Of Rhymney' or REM in their Reckoning hour, to the rockier 'Love Like Rain', where post-White Album Beatles join forces with a salient West Coast vibe. It's a case of business as usual here, yet a welcome return for a duo cited by an embryonic Belle & Sebastian back in the day. 'Her' shimmers effervescently, coated in the sugar spun harmonies Teenage Fanclub once craved, while the trumpet fanfares and incessant percussive rhtyhms on 'Kal' give it a regal touch, albeit briefly.

There are moments where Hymns becomes too embroiled in its own soppy malaise for its own good - 'General Hospital' with its "Nurse...Nurse....NURSE" is a major culprit. Overall though, Davies and Matthews more than justify resurrecting Cardinal and Hymns final three compositions from the uptempo 'Rosemary Livingstone' through instrumental 'Surviving Paris's harpsichord mantra which segues into the rousing finale of 'Radio Birdman' conjures up a late reminder of both its creators credentials as exquisite songwriters and arrangers.

As the aforementioned 'Rosemary Livingstone' states on its impulsive coda: "I want you to change but stay the same." Here's hoping Richard Davies and Eric Matthews don't wait another 18 years before pooling their collective wares. Many happy returns Cardinal, it's good to have you back.