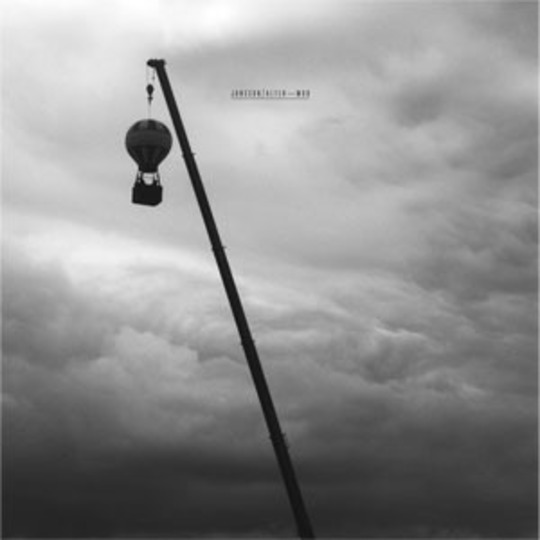 Electronic music is full of unlikely partnerships. My favourite: ambient guru Dr Alex Paterson to record Bee Gees hit with Robbie Williams (it happened). So when Swedish DJ 'Jor-el' Joel Alter announced he was getting into bed with Porn Sword Tobacco - aka Henrik Jonsson - it felt more of an inevitability than a shock. Both are Scandinavians relocated to Berlin and both have big reputations: Alter as the king of tongue-in-cheek house music; Jonsson as an ambient Keith Richards. It wasn’t so much a question of when they would come together but how, and what kind of music they’d try and cook up. There was no chance of Henrik Jonsson going job-shadowing in a super-club, and it was unlikely Joel Alter could be lured to his partner’s special recording place in the forest - the place where the last shop you drive past has a sign listing the three things he’s named after (Porn/Swords/Tabaks!).

The results are surprisingly orthodox, and avoid any attempts at fathering new genres to concentrate on by-the-numbers house beats. At first, this feels like a major compromise by one side of the duo: Jonsson, after all, is the man who used to swap his own promos for Maths CDs recorded by a cartoon vampire. His fitfulness on Mod is much more subtle - presumably to avoid spoiling Alter’s beatwork - and the pair co-exist on a hypnotic middle-ground, like watching Paul Van Dyk dreaming. On ‘Tre Ackord’ they create a nine-minute massage, sampling Gil Scott-Heron to add zaniness to the pace. When the voice speaks it’s as enticing as Rutger Hauer’s lines in Blade Runner, but like that film, this album’s a slow burner, big on tension but overplaying philosophies (see sci-fi misstep ‘Dikt’). The house flag goes up a minute later on ‘Acapellan’, and proceeds to flap properly for a further fifty minutes. Alter and Jonsson knock heads with each murky beat, driving out/frustrating all opposers to their genre.

Of the two, Henrik Jonsson seems to stick to the background, with the ghost of his Porn Sword Tobacco project occasionally flashing up over the drums. Not content to let Alter thump away like a blacksmith, he contributes some warm and mysterious swells, making up the juiciest moments on the record. The very squelchy ‘Dvärg’, which uses pads stolen from ‘Higher State of Consciousness’, plucks its bass instead of synthesizing it, and tosses us between its two dance chords like the finale of the world Pong championships. ‘Djup House’ is just as relentless, using a Euro-pop melody to wrap you in drums where the fuzziness confirms the PR claim: 'Alter found some abandoned synthesisers in the streets; a jam session started that has not yet ended.'

The other PR Mod officially lives up to is 'minimalistic', 'one-tone' and 'dirty'. Anyone expecting a flurry of ideas is in for a rude awakening: Mod is a very specific and stony-faced little album, hampered by tunnel vision in places. These conditions are necessary with all deep house records - after all, you’ll never catch Echospace calling themselves Jor-el, or recording songs during a live auction - so Alter and Jonsson can’t be faulted there. What does seem odd is why they limited themselves to so firmly to one genre: both composers are known to be footloose, so why impose such harsh conditions as drum track, old keyboard and extra drum track? Why stick to deep house exclusively? They make a good job with what they’ve got, dripping and clicking and producing clouds of steam and static, but it’s hard not think of what might have been if they’d only encompassed one more sound. Imagine if they’d tried to make a hard house record. Imagine them with access to cowbells!