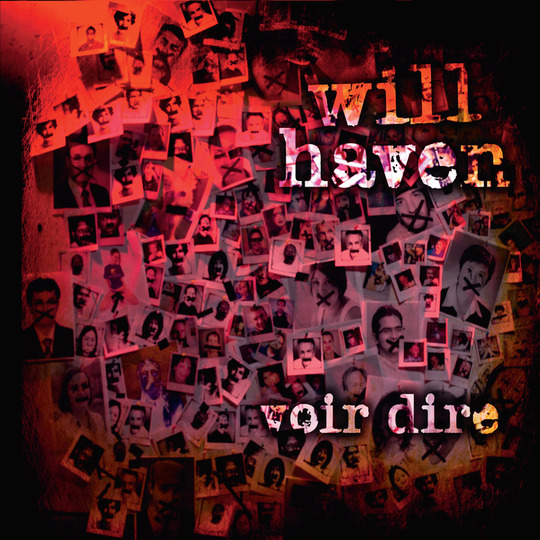 Will Haven are a band who have taken on something of a cult status over the last decade. Feted mostly for two ferocious albums around the turn of the millennium – El Diablo and WHVN – they’ve been through several years of splits, reformations with varying line-ups, mainly due to the unwillingness of singer Grady Avenell to endure the life of a touring band. After a brief flirtation with friend of the band Jeff Jaworski on vocal duties – resulting in previous album The Hierophant, which received a mixed reaction – Avenell has returned to vocal duties, with the band hoping to recapture the form from the turn of the century.

Admittedly, they don’t stray far from their original template: Jeff Irwin’s guitars still crunch like a Caterpillar truck, while Avenell’s vocals tread a line between audible lyrics and being a fourth, roaring instrument. Indeed, it’s the return of the erstwhile singer which makes the difference: while Jeff Jaworski was an admirable stand-in, the slightly more guttural tones of Avenell seem to complete the circle in a way that his replacement's didn’t. Perhaps that’s also down to the animalistic passion Avenell brings to every word, every roar, his voice straining as though he’s trying to empty every ounce of angst into the microphone.

Still, Voir Dire sees the band older, wiser and more grizzled. The raw ferocity of their first incarnation has given way to a sound that’s more considered but no less uncompromising. If anything, Voir Dire works as a companion piece to first full-length El Diablo. Opener ‘Held to Answer’ with its ambient intro comes across as a reflection of ‘Stick Up Kid’, while ‘When The Walls Close In’ is possibly the band’s most visceral moment since ‘I’ve Seen My Fate’.

The intensity doesn’t let up: ‘Urban Agoge’ is a stop/start smashfest, while ‘The Siege’ sounds like the song they’ll play when the apocalypse comes. Lead single ‘Mida’s Secret’ features a brutal staccato breakdown, while the moment three minutes into ‘Lives Left to Wither’ when the guitars kick back after the best part of a minute of ambient noise could be one of the finest examples of quiet/loud dynamics committed to record this side of the Pixies.

Sure, Will Haven are a ‘comeback’ band: however, unlike many that have reunited in recent years, there’s a real sense that they’re in it for the music, rather than the money. Voir Dire’s certainly no let-down in that sense, and while it might not be the masterwork that El Diablo was, it certainly comes a close second. Welcome back, Will Haven.