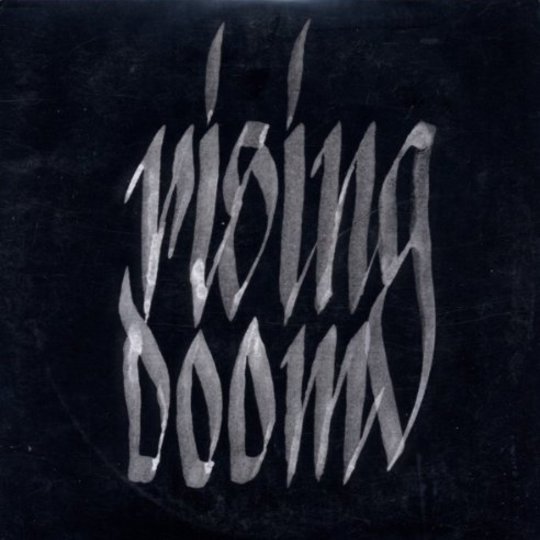 Although there are no lyrics, French electronica musician Mondkopf’s second record Rising Doom feels extremely literal. The man certainly maketh the atmosphere. And the atmosphere is dark. Sometimes you could imagine dancing to it in the basement of a sweaty electro goth night when you’ve taken too much K and are getting seriously confused, other times it sounds like a film soundtrack.

Though obviously more contemporary, the track ‘Moon’s Throat’ makes me think of a sci-fi horror from the Sixties, complete with synth noises that resemble retro ‘futuristic’ ray gun noises. To give you an idea of the literalness of the record, the aforementioned track begins with a cyborgy throat effect and soon picks up with the ominous gothic beats which characterise much of Rising Doom.

The record has much promise, what with Mondkopf’s professed influences which certainly are apparent: black metal, post punk, electronica, breakbeat, goth. It reads like a roll call of exciting genres which should mesh together to create a dark masterpiece exploring one’s own shadow. And you can see it. It is literally spelt out in the track listing. ‘Intrus’ with its male-voice-choir-from-hell like effects, starting quietly and getting louder. You can hear what sounds like a cold wind then a synthy buzz cutting right the way through, far off but getting nearer. Like you accidentally opened a portal into hell and now all the nasties are coming through. On ‘Where The Gods Fall’ the powerful fuzzy electro-zaps convey an image in the mind’s eye of giants crashing to their deaths on a cold deserted mountainside in the middle of the night. Or maybe a Norwegian black metal video. You don’t even have to close your eyes: just read the title of the track and listen to the music and you will see that Modkopf has perfectly created the ambience he set out to. And this is no mean feat. The thing is I don’t know if I feel it. Whilst Mondkopf undeniably creates an atmosphere there is nothing in the music that particularly makes me want to press repeat. Perhaps because a lot of the tracks on the album sound rather similar. Electronic-breakbeat-goth build up of tension. Sound great, but also the way Mondkopf does it, sounds pretty similar every time.

A few tracks stand out from the rest of the album, but they still don’t quite feel like mixtape material. ‘Girls Don’t Cry Part II’ bounces into action with hip-hop beats progressing into a dance nightmare - and I mean that in the nicest possible way - complete with the odd distant muffled scream half way through. ‘Day of Anger’ is noticeable for its beginning and ending: a few seconds of gentle flowing piano predictably pierced by angry sounding beats and synthy buzz. So you get the calm before the storm, the storm and the calm afterwards.

Mondkopf is an interesting musician in terms of his influences and his ability to create the image of an atmosphere with his sound. However Rising Doom falls short of really evoking feeling. The emotional state you’re in when you put the record on is the same state you will be in when you’ve finished listening to it. He’s got promise but this particular record feels like the same scene from a Hitchcock film repeated over and over again, rather than the full movie.