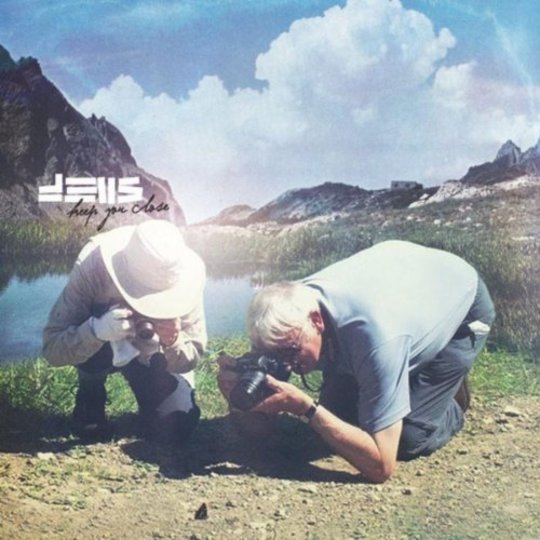 Mention the name dEUS and it's difficult to erase the chorus of 'Little Arithmetics'; undoubtedly their piece de resistance despite the 15 year age gap; from memory. Of course the dEUS that recorded their unofficial signature tune back then are only representative of 2/5 of the personnel that stand before us today. However, despite the twentieth anniversary of the band's existence, Keep You Close, their first long player since 2008's Vantage Point is timeless collage of pristine, deftly engineered orchestral pop that sounds of its time yet accessible to any fan of dEUS's output past or present.

And it has been a long and rocky ride for Belgium's finest export since Anderlecht Football Club realised paying referees reaped prosperous gains back in 1984. Interestingly, for a band who've always seemed far ahead of the game in terms of ambition and execution, dEUS have struck gold here by calling on the services of one-time Afghan Whig and Sub Pop lothario Greg Dulli. His vocal contributions on 'Dark Sets In' and 'Twice (We Survive)' provide an extra layer of sustenance to what are already exquisitely composed pieces.

Of course having that 'guest vocalist' tag doesn't really resonate that much in 2011, and particularly when that extra hasn't really ruffled many feathers in five years since Powder Burns. What really makes Keep You Close stand out though is the way its creators fuse simplistic melodies with a varying degree of experimentation that never once threatens to go overboard or alienate either party firmly ensconced in the 'song' camp nor the one marked 'diversity'.

From the outset, Keep You Close reveals its intentions. The funereal sway of the title track and its opening riposte "You were young you had time on your hands, and I was a rollercoaster of the kind that needs to ride so high" rising and swooping so insurmountably like a seagull homing in on that elusive scrap of bread. Think Mew's 'Am I Wry? No' given a hydraulic pop sheen or Europe's 'The Final Countdown' re-arranged in a parallel universe.

Traverse in further into Keep You Close's box of delights and the bossanova strains of 'The Final Blast' coupled with 'Ghost's elegant bombast accentuate the record far beyond even the wildest expectations of many a closet fan longing for the halcyon days of In A Bar, Under The Sea and The Ideal Crash. Of course it would be easy to drone on about the elegant way Tom Barman et al have managed to compose a skewered pop masterpiece out of what many commentators would perceive to be an arid wasteland long exhausted a decade or so earlier.

However, dEUS manage to exhume an unbridled level of consistency throughout the nine pieces that comprise Keep You Close, to the point where one wonders what happened in the early part of the previous decade, rendering them forgotten? The plaintive 'Second Nature' and the part spoken word, heavily acoustic melodrama of 'The End Of Romance' - augmented by the closing concerto that turns 'Easy' into a near seven minute opus of overwrought symphonic delight - signs and seals the deal for Keep You Close as possibly the comeback record of 2011.