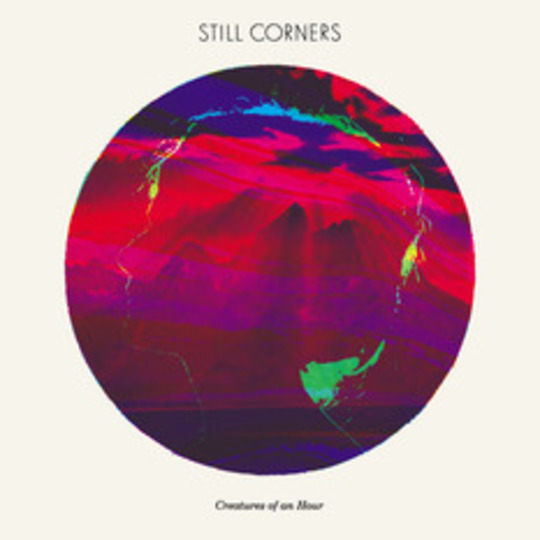 While here at DiS we'd normally like to consider ourselves being on the ball whenever it comes to discovering new music, its fair to say we were latecomers to the party where Still Corners are concerned. Despite having initially formed in 2008, it took a further two-and-a-half years and two immaculate 45s ('Endless Summer' and 'Don't Fall In Love') for the realisation to kick in that something quite special might just be occurring on our own doorstep.

Of course we'd apologetically cover our tracks by arguing that the latter part of 2010 was probably the best time to discover Still Corners anyway. See, looking back through the band's chequered history, it would be fair to say that the band's very first incarnation, although displaying a huge amount of promise, didn't quite hit the spectacular heights of the outfit standing before us today. Listening to first EP Remember Pepper now it's easy to see why Still Corners weren't amassing the same levels of attention bestowed on them today. Despite its obvious leanings towards the likes of Stereolab and Broadcast, the confidence and poise so proficiently delivered on those later singles is evidently missing in spades. Songwriter in chief Greg Hughes remains from those early days - the band was essentially formed as a vehicle for his musings after all - but several changes in personnel, notably the addition of Tessa Murray on vocals, have brought a new found depth and austerity omnipresent across all of Creatures Of An Hour's ten delightful tracks.

Indeed, it would be difficult to envisage such an esteemed label as Sub Pop batting an eyelid back then, let alone flying over the Atlantic in order to ensure Still Corners' signatures were obtained before anyone else cottoned on. But as the saying goes, that was then, and this is now, and Creatures Of An Hour stands aloft as a finely crafted artefact of a band still learning its trade, yet moving swiftly in the right direction.

From the moment opener 'Cuckoo' announces Creatures Of An Hour's intentions, its lysergic melody combining with cinematic sashays of percussion a la Ennio Morricone alongside Murray's dulcet tones, Still Corners never lose focus at any point. Sure, the instrumental 'Circulars' probably screams filler to some, but in the context of the record its a soothing antidote for what's in store. The calm before the storm if you like. The aforementioned 'Endless Summer', re-recorded for Creatures... brings a touch of familiarity to proceedings, although anyone fortunate enough to have seen this incarnation of the band in the flesh since the turn of the year will be only too aware of many of the compositions here.

The seismic beauty of 'Into The Trees' coupled with 'The White Season' and its semi-acoustic melodrama brings Creatures Of An Hour to an assuaging mid-point before 'The Twilight Hour' and 'Velveteen' deliver haunting ripostes amidst a flurry of Sixties b-movie themed keyboard hooks and autistic riffs straight out the Cocteau Twins back passage. Not that Still Corners aren't becoming masters of the expansive either. 'I Wrote In Blood' and album closer and undisputed highlight 'Submarine' both translate a musical schizophrenia that makes it impossible to rest on one's laurels for too long yet criminal to bypass all the same. Where Murray's cooed vocal draws the listener in on the former, the nursery rhyme incisiveness of the latter's key theme ("the colour of the water") repeats and ingrains itself into the synapse for the song's entire four-minute duration. Live, it's the most encapsulating part of the band's set and here it's demonstrably their most exquisite creation to date.

That Creatures Of An Hour has taken three years from the band's initial starting point to surface is both a testament to Still Corners' determination to progress at their own pace, while sending out a message to the industry in general that artists need to be nurtured rather than treated as disposable products on a supermarket conveyor belt. What's more, as a representative document of the band's formative years to the present, Creatures Of An Hour is an astounding debut that can only bode well for the future.