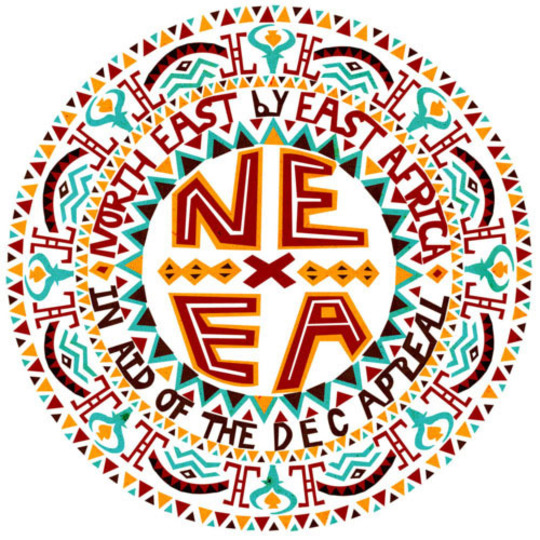 According to the North News the other night, we’re apparently famed up here for our generosity. Now as a dyed in the wool Geordie, I’m far too deeply rooted in this part of the world to possibly comment on that impartially, but the existence of North East by East Africa would suggest that our local anchor-lady’s drum-beating isn’t far off the mark. The compilation has been put together in an effort to provide some kind of help to those left without food or water by the droughts in East Africa, and as a cause, it’s clearly enormously worthwhile.

But as a record? Well, on first inspection it’s the archetypal who’s who of North East musicians. And, as anyone who’s been paying any kind of attention to my last couple of Drowned in Newcastle columns should know, we’re pretty well off for great bands up here. A glance at the track listing reveals a healthy blend of big names and up and coming artists, all of whom donate a song which is unavailable anywhere else. The one which sticks out like a sore thumb is Willy Mason, the only non-North East native, but he gets in on an honorary basis by dint of ‘Bossman’ being a collaboration with Newcastle’s Spokes which was recorded in the city’s Blank Studios.

The record is opened by The Futureheads, who donate an offcut from their forthcoming a capella album. ‘Robot’ is obviously a pretty major reworking from the breathless breakneck version which heralded in their debut album so infectiously seven years ago, but it’s hugely impressive. It’s difficult to imagine many bands being able to get away with deconstructing their songs so radically, but the intricate harmonies give the song a completely new dimension and provide a pretty tantalising taster of the album. The contribution of The Futureheads’ old pals Field Music is far less of a departure from their usual modus operandi, but it’s equally wonderful, and in fact could be one of the most gorgeous songs in their near flawless back catalogue. Suddenly it feels like too long since we last heard from Field Music.

The North East’s musical royalty are, of course, pretty well known, so the quality of their contributions shouldn’t really be much of a surprise. The real thrill of this record to anybody with an interest in new bands lies in the contributions of our up and coming artists. In particular, Let’s Buy Happiness and Lanterns on the Lake (both of whose reputations seem to be growing by the day) provide two of the most beautiful compositions present here. The former’s ‘Woodrings’ is a part-sunny, part-aching piece of melodic pop which echoes Land of Talk’s finest moments, while the latter’s ‘You’re Almost There’ is a lovely woozy little bit of bleary-eyed beauty which illustrates why Bella Union picked up on the band.

While the album underlines the North East’s aptitude when it comes to creating filmic slices of sheer beauty (and we haven’t even mentioned the stunning contributions by O’Messy Life or Here Comes Good Sailing), it’s also a showcase for the experimental underbelly of the North East scene, which might not be quite as ballyhooed, but it’s in equally rude health. Young Liar’s ‘Rose Banter Bruise’ is a subtler, more contemplative effort than their usual floor-shattering pieces, while ‘Weapons Destruction’ by Warm Digits is a stunning seven minutes of wandering, pulsating instrumental bliss.

Clearly, North East by East Africa is a diffuse collection, but the sheer quality of the songs means that the crushing visceral head-bleed of We Are Knuckle Dragger can sit without discomfort alongside the gorgeous acoustics of The Lake Poets, or the burgeoning pop genius of Shields. Anybody involved with this record should be bursting with pride, not just because of the massively laudable charitable element, but also because, ultimately, North East by East Africa represents a near-perfect introduction to the wonderful collection of bands we’re extremely lucky to have in this part of the world.