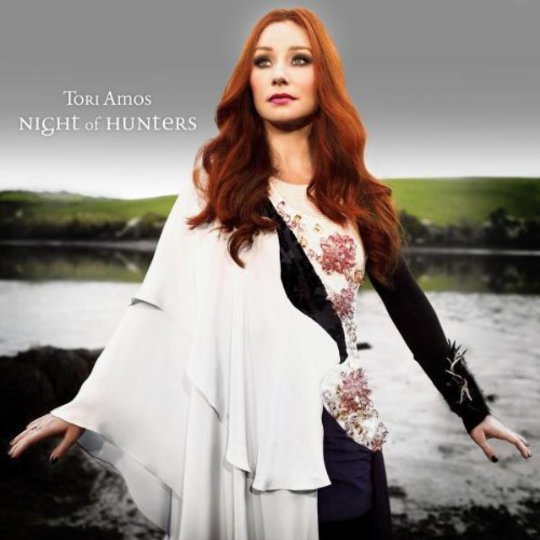 It would be difficult to accuse Tori Amos of resting on her laurels. The last ten years has seen her adopt increasingly strange concepts for each subsequent album, usually with strong visual elements in the form of identity-shifting make-up or multi-media platforms. She loves a good concept.

Night of Hunters, Amos’ twelfth studio album, is the apex of these ambitious concept albums, although it would be best described as opera. Much has been noted about Amos writing in classical traditions (would any less be demanded for Deutsche Gramaphon?), but then there is a set plot, a fire muse, a transfiguring fox/goose, a medieval war subplot, and, at it’s very heart, a woman conflicted about whether or not she should abandon her relationship.

...Hunters is probably also the album that most demands visual representation; it’s begging for a stage performance. That would be the perfect medium for the quirkier schemes of the story, as well as providing a means to illustrate more complex internal conflicts that on the album are left to instrumental interludes.

But these instrumental interludes are something to savour. The only accompaniments to the piano are strings and woodwinds, which allows for wild swings between frenetic rumblings and gentle tinklings, and occasional shades into Peter and the Wolf territory. The album as a whole is amongst the best showcases of her piano work because she allows herself to meander about the keyboard and never lets production to drown it out.

Amos has often had friends sing on her records in the past, but here the guest spots are all duets, which only emphasises the theatrical nature of the album. While she has never had any trouble layering harmonies of her own voice, the guest spots do create greater depth and help to map out some of the fuzzier bits of the plot even if the dialogue feels forced at times. This includes several songs featuring Amos’ 11-year-old daughter as the fox/goose. For those that cringe at the thought of an overly proud mother, it is worth mentioning that the young Natashya Hawley has inherited her mother’s vocal talent, and has a mature voice for her age.

If there is any great deficiency here, it is that it is possibly the least personable work she has done. Amos is beloved amongst her fans not just because she is an outstanding piano player, but because she has always struck a personal chord through her lyrics. Or at least her early works did. And this very explicit work of fiction does draw on real emotions, as fiction will do, but it is padded with so much magical imagery that we can never forget that it is really just a story.

Then again, January will mark the twentieth anniversary of the release of Little Earthquakes. Amos herself is now in her late 40s, by all accounts happily married, and a mother. She has written reflections on womanhood through her own trials - namely rape and miscarriages - as well as meditations on the role of women in reactionary post-9/11 America. If she so chooses, she could undoubtedly write a truly introspective record on post-menopausal life when the time comes. Until then, we ought to be grateful that she is extending herself into ambitious works of fiction instead of pretending boys are still breaking her heart.