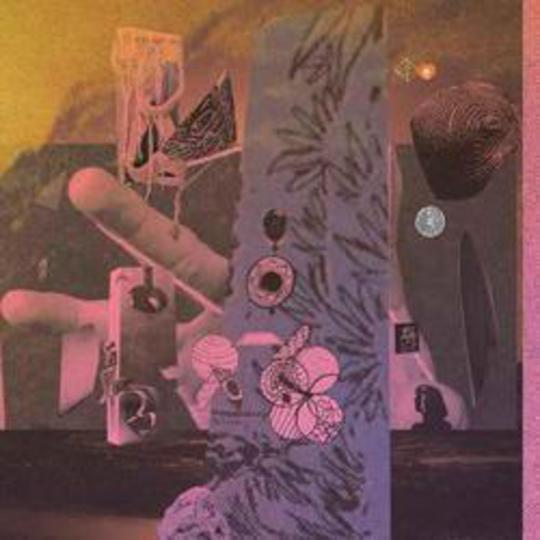 There’s a point where The Wizard of Oz factor in music can become clichéd. Sometimes even patronising. Years of The X Factor and all of its soul-sapping, advertisement-spewing brethren have made us believe that we need the ‘whole package’ for something to succeed, forgetting the common separation of human tastes. Maybe the rise in the modern mystery is a reaction to that – a way of stripping our indoctrinated love of The Aesthetic into something more worthy of certain artists’ creations. This doesn’t always work out. Iamamiwhoami was a prime example – stretching her series of decadent, pop-hallucinogenic videos over long a period that us journalists felt the need to delve in and rip the shroud from her, exposing her to the harsh daylight of casual cynicism. Many will follow that path and be shot down, cursed for their supposedly unfiltered talents. Many currently are following. But for some, the premise is a moot point, and the mystery is used to perfection.

Patten may just be one of those artists. With little known about his past, present or future – even a given name remains cloudy – he uses a mask of gripping electronica in all of its guises to create an abstract but wholly edifying image of himself. Even this, his debut album GLAQSO XAACSSO, seems to have appeared from almost nowhere – no need for EPs, singles or club mixes. It is a simplistic and immediate statement of intent that does not falter from the openings of the album. ‘Ice’ is as close to a perfectly named song as you’ll find all year as walls of filtered, woozy drones freeze you in your footsteps, leaving beats and melodies to cling on with dear life to the undeterred speed of sonics. The broken beats of ‘Crown 8vo’ then lead you with a sinister hand to an enticing, fluorescent world of breathtaking dancefloor madness. ‘Words Collided’ bounces around somewhere between Actress’s sub-bass laden mystique and Nathan Fake’s razor sharp edges, proving both thrilling and dizzying at the same time. This constant shift in tack is where Patten's forte and prowess really reside. Leaving no stone unturned, it seems there’s little room for quibble on where he may take you next. Concentration may be required, but it is as liberating as anything you may find a homely focus in

References to the Nineties/Noughties Warp Records sound are not amiss. Patten proves immaculate at recreating those heydays, with ‘& Our World Paths Intersect’ proving to be a brilliant sibling to Clark’s epic ‘Body Riddle’ in all its Boards of Canada-baiting dysfunction, with penultimate track ‘Plurals’ mashing that same template through a kaleidoscopic world even Steven Ellison himself would marvel at. But it’s how these seldom, and welcome, moments of melodic respite counteract the relentlessness of GLAQSO XAACSOO’s whole that makes the combination of the two so vibrant. Without the brilliant, uptempo swell of ‘Blush Mosaic’ or the puzzling majesty of ‘Fire Dream’, neither side of his depth and complexity would arguably make any sense. With both his ying and yang on display, there can be no question of Patten's talent.

It’s in that very balance that any mystery surrounding Patten simply becomes irrelevant. Rather than worrying about who he is and where he came from, it should simply be noted how brilliantly forward-thinking and creative his emergence into the musical world has been - certainly the likes of Burial and Zomby make no qualms of allowing their music doing the talking. Granted, it is likely to be as divisive of opinion and subjective as any album of that ilk you’ll hear for a long time. But GLAQJO XAACSSO is a work befitting of inevitable acclaim, as it is a debut as riveting and obvious as it is shrouded in unanswerable questions.