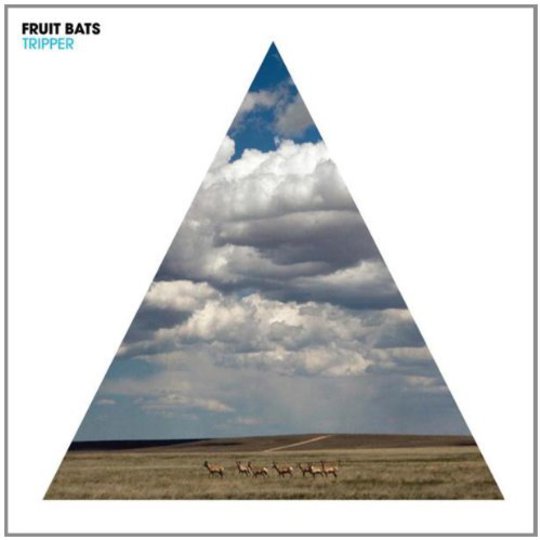 Sometime during 2009, professional bastard James Mercer apparently might have slightly fired the rest of The Shins a bit. He seems, by all accounts, to have gotten away with it. Odd though, that the righteously sniffy indie brigade took this act of bawling self-importance and betrayal - potential careerism - so keenly in their stride, isn’t it? For the band’s dearly departed - indeed, now all but swept off the radar - this whole ‘Ta for the years of blood, sweat and tears guys but you’re not actually conducive to my resounding genius right now’ thing was, well, surely, quite the - ahem - kick in the... oh, never mind.

Anyways, one man standing to benefit from James’s outrageous ego-vajazzling is former bit-part player Eric D. Johnson. Reeled in from the Shins sidelines, the primordial Fruit Bats mainman - also a former Vetiver and Califone hand-lender - is currently sitting pretty in the hallowed lair of that merciless beast Mercer, guitar in hand, and fair play to the guy: ten years into his less-than-prosperous Bats career new horizons will surely beckon, and while it would be easy to start throwing around terrifying phrases like ’session musician’, ’bridesmaid’ and - Christ forbid! - ’side project’, if you imagine the Bats as the Silver Jews to The Shins’ Pavement, or the other way round, you might find a juicier point of entry.

Thewy fifth Tripper is Eric’s first Fruit Bats offering since joining The Shins empire. On this evidence, working alongside an industrial bell-end like James Mercer is not only part and parcel of earning a reliable income in indie rock, but a fertile ram up the arse in musical terms. Opening psych-folk odyssey ‘Tony the Tripper’ drips with the lush scent of daydream hedonism and flutters into exotic, gorgeous left-turns with a drifting élan that is, yes, occasionally redolent of Mercer’s lot, but perhaps more in the boat of Make Up The Breakdown-era Hot Hot Heat, prioritising listeners’ pleasure over anything excessively indulgent or esoteric. Admittedly it’s altogether more windy and ponderous than that lot, and there’s nothing like a ‘Bandages’ to be found welcoming instant megaloveability in the front door. What we get instead is vibrantly rendered, twinkly tunes like ‘The Banishment Song’, who, presaged with a curious minute of misty fingerpick, could almost claim legitimate kinship to a particularly mellow/high Of Montreal. Its passive-aggressive missives, told by a typically resentful rejecter in a “fucked up world” eventually recede into a plaintive, perspicacious brood on self-realisation and harnessing blame, but not brain-mulchingly boring, and all crowed in a smoothly stage-worthy falsetto.

But where you might expect exuberance or pomp of Fruit Bats' more attention-reliant peers, there’s a peculiar warmth and welcome to Tripper which at once feels restrained and wild, lighting the touch-paper to even the most damp or casual imagination. The sinker comes with ‘Wild Honey’, a rippling cover of Eric’s travelling songwriter pal the late Diane Izzo. Its gently, seductively evocative centrepiece, “To penetrate pure light / You gotta suffer some” somehow captures everything quintessentially beautiful about Tripper better than anything else here. All said and done, it’s the kind of enchanting, quietly literate indie rock record you could build an intricately compelling life story from, while retaining a fascinating jumble of half-told, quarter-understood anecdotes, stolen glances and sad, gleaming characters for leftovers. Lovely stuff.