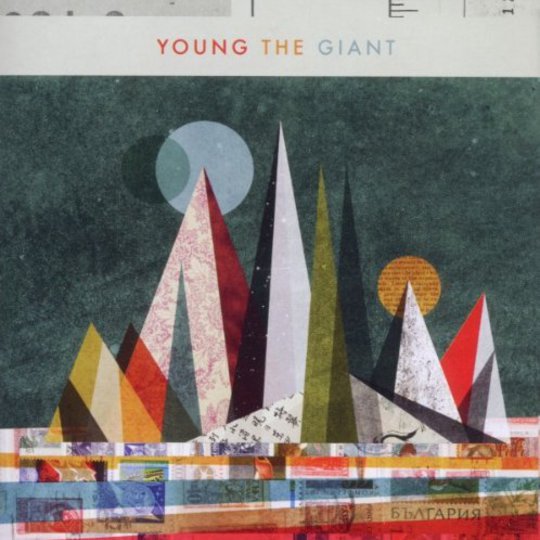 Though one of Young the Giant’s main USPs is their multi-cultural make up – its five members come from European, Middle Eastern and French-Canadian backgrounds– their sound is a far cry from such diversity. It has been a good couple of years for them, no doubt. Stephen Patrick Morrissey lists himself as a fan (does he even like anyone anymore?) and Roadrunner has signed them alongside their repertoire of metal and hard rock bands – Young the Giant fitting in like Feeder and Lethal Bizzle at Download Festival. Previously named as the even worse The Jakes, Young the Giant’s slickly produced album is undeniably bright. Their charmingly sleek sound is the album Orson wanted to make but never did.

‘I Got’ borrows the blossoming chorus from Athlete’s ‘Beautiful.’ Its sunshine harmonies drifting in a daze like a road trip through a summer’s breeze. On th other hand, the shimmering trills of closing track ‘St. Walker’ feel perfectly placed on the darker moments of Californication-era Red Hot Chili Peppers. More ambitiously, though, are the Come Around Sundown-esque guitars of ‘My Body’ and ‘Apartment’ which lilt as electrifyingly as the Followhills' native Tennessee air, whilst ‘Cough Syrup’ and ’12 Fingers’ soar anthemically to the point of U2-alike stadium rock.

As catchy as they are though, the album lacks edge. ‘Apartment’ and ‘Your Side’ both come close to having bite at times – the former’s guitar hook igniting promisingly enough - but extinguish far too soon. It's all quite inoffensive really.

Lyrically though, the themes are enough to save YTG from become another faceless The OC soundtrack alike. The aforementioned ‘My Body’ deals with the troubles of addiction (“My body tells me no but I won’t quit,”) and ‘St. Walker' – abbreviation or pun, you decide – deals with the suggested prostitute (“Oh street walker in cloves / Tell me where you go.”) Combined with Sameer Gadhia’s sandy Paolo Nutini-esque voice, it is a combination of desperation, willpower and temptation.

Don’t expect any surprises listening to Young the Giant’s glossy debut. That’s not a bad thing though. Many other bands out there would only struggle to do what the Californian quintet have done. Even then, the result might be a lame imitation. For a relatively young band – the oldest being 22 – it is a great achievement that they have been able to craft such a joyfully blissful and infectious album so early on. Young the Giant are aiming for big things and they come close.