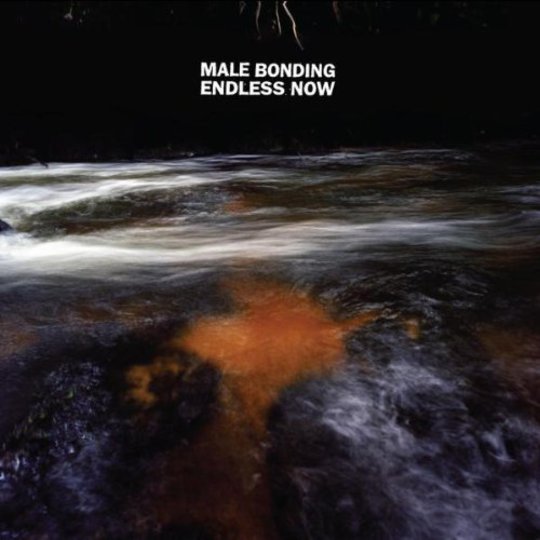 If the Oi! punk scene had spent a year traveling, it might come home sounding a little like Male Bonding. The Dalston trio live in a place where it’s OK to attack guitars like it’s 1981 - provided you remember you’re not playing in a ghost town anymore, but a place where the indie kids now like to picnic.

It’s a formula that’s hard to resist, and the crossing of brainless rockouts, John Webb’s surf vocals and drums that sound like a they’ve kidnapped Steve Albini has won fans outside of East London (last year’s debut Nothing Hurts almost scooped them the Guardian First Album award). The band promised to make things tighter on the sequel, and they don’t come any tighter than the 11 track, 36-minute Endless Now, which in places feels so condensed it’s a wonder the Swiss haven’t fired it through a particle accelerator. If they did that could explain why half its tracks seem to share identical molecules.

Having got past the fact there’s a lot of photocopying going on, Endless Now is a tough ride to refuse, like trying to fight your way back up a log flume. It deserves a certificate for sheer momentum alone: from the punk takeoff of ‘Tame The Sun’ to ‘Dig You Out’’s vomit-flecked grunge, Webb thrashes merrily at his guitar until he develops a compound shoulder injury. Bassist Kevin Hendrick jogs two feet behind him, and on ‘Before It’s Gone’ the pair cook up a noise like Bruce Foxton playing sirens. It’s a crashing, delicious melody - three minutes of textbook scuzz-pop - but it sounds suspiciously like ‘Seems To Notice Now’ and all its copycat riffs. This repetition gives the album the feel of a soundtrack, and you can imagine some Hollywood spotter listening while he plots the next James Franco comedy.

Luckily the band have higher ambitions that seeing what happens when indie music meets Cheetos. When Webb, Christian and Hendrick have ideas they attempt them at 100mph, boosting you faster through their knockabout maze. ‘Channeling Your Fears’ rides punk formulae like it’s clinging to the edge of a bobsled, its shaky exultation and repeats of ”Times like these” causing Dave Grohl’s legs to start twitching. It’s a stretch at over four minutes, but pales when compared to the monolithic ‘Bones’ and its crossbreed of McFly and the Exploited. Beginning with a wailing rush that loops for long enough to shave two tracks off the final setlist, ‘Bones’ is the album’s early fulcrum, painting you into a corner with its four skinhead chords. There must be more beer flung at this song’s performances than there is at an epileptic ale society knees-up.

Very occasionally Male Bonding put their temperaments to bed, such as on sorry interlude ‘The Saddle’, but even that feels like a temporary blip or someone breaking into ‘Kumbaya’ at a Clash gig. Endless Now is about making pop-rock strong enough to fuel another series of The Inbetweeners; the only problem is, you find yourself thinking 'I heard this one three tracks ago.' That shouldn’t sully your enjoyment, but you can’t ignore the damage it’s probably doing to your IQ, like repeatedly huffing lighter gas. The danger is it feels so good, and only the most hardened snob could deny the energy of this record. The band may not have much range, but then what did you expect from an indie-thrash CD - André Rieu? This album is a reminder of the healing power of three dweebs, or how much fun it would be to watch Brian Wilson getting caught in a triangle of punk.