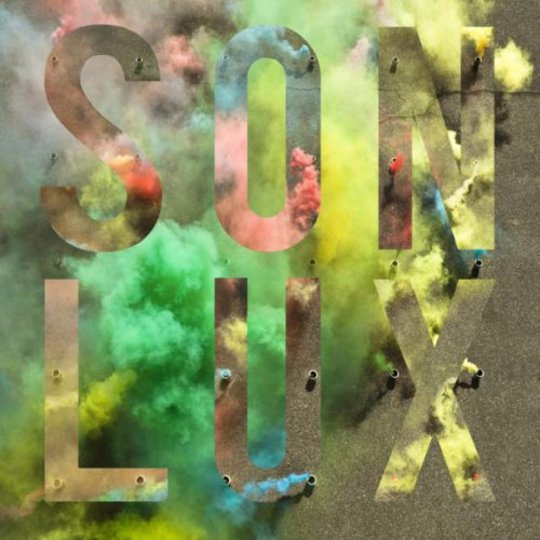 Ryan Lott (aka Son Lux) is one of a long list of classically-trained musicians who have made the step into a more ‘alternative’ sphere, applying an intimate knowledge of melody, hues and palette to a more beat-driven, rhythmic sound.

We Are Rising is Lott’s second album, following on from his acclaimed, experimental 2009 debut, At War With Walls & Mazes. Apparently not one to rest on his laurels, Lott created his latest in just 28 days as part of National Public Radio’s ‘RPM Challenge’ (an aural equivalent of the increasingly popular National Novel Writing Month).

In a sense, it sounds like it was recorded quickly. Not to suggest it sounds sloppy or amateurish, rather that it is surprisingly sparse. For a man with an apparent obsession with noise (between 2007-10 he compulsively hoarded thousands of sounds — one and two-note fragments, samples and live snippets), his voice, rather than overt aural trickery, forms the centre of most of the tracks here. Similar to labelmate Yoni Wolf of Why?, his voice is unspectacular but emotive.

This is proved right from the off with opening track ‘Flickers’, which - after some tense synth stabs - relaxes into a more meditative tone, driven by gently throbbing bass and twinkling piano. Long stretches are instrumental, with ghostly vocals drifting in the background, but when Lott’s ‘real’ voice returns the backing instrumentation tends to recede, leaving him to float unhindered.

‘Flickers’ sets the tone for much of the album, which is a strange beast. On paper it’s your standard one-man laptop pop, but this is occasionally much more subtle than that tag suggests. Much of the record is underpinned with a delicately creepy, almost gothic vibe. If Batman had access to some early Hot Chip and a copy of Audacity, it might sound a little like this.

‘Leave the Riches’ is a highlight, the refrain “leave the riches, take the bones, I’m ready to be robbed” is repeated throughout, a simple line, but one rich with implications. The off-kilter atmosphere is completed with crunching, fluttering percussion and chilling, high-pitched vocal samples, the latter escalating to create an almost church-like ambience.

The slightly eerie feeling reaches its apex in ‘Claws’, with a backdrop of harsh-sounding, stretched vocal samples, and the mysterious repeated line “you’ve got your claws in me, don’t you” again in Lott’s favoured ambivalent tone of voice.

A problem emerges when the final two tracks abandon the cold atmospherics, opting to finish on a lighter, more triumphant note. This is particularly jarring at the close of ‘Rebuild’, a sunny cacophony of trilling keys and trumpets. These are not bad songs, but in terms of tone they seem very much at odds with the rest of the album, perhaps evidence of the truncated recording cycle.

In a way, that issue sums up We Are Rising. All the ingredients are there, they’re just not combined in a wholly satisfying manner. Right now, if you want some electronic pop with orchestral lacings I’d go for the thoroughly excellent Apparat, or maybe Baths for something a bit more percussion-ridden.

The good news is that Lott is clearly a talent, with a rich array of tools and an advanced understanding of how to use them, and there’s a good chance he’ll return in two or three years with a real classic. In the meantime, We Are Rising is a decent enough listen. Just don’t expect anything astonishing.