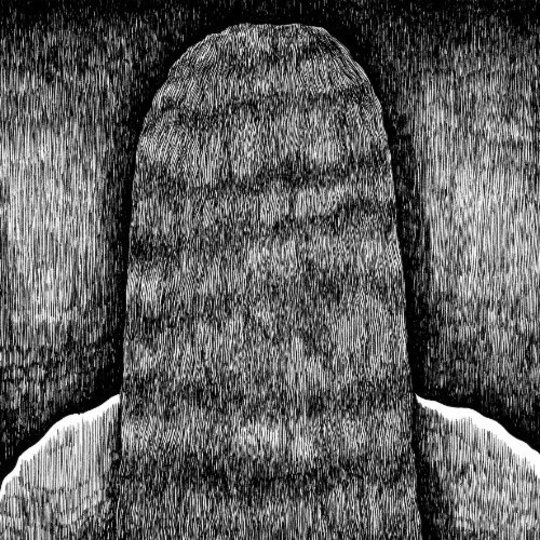 Type the words 'supergroup definition' into a popular search engine and the top answer provided is “An exceptionally successful rock group, in particular one formed by musicians already famous from playing in other groups”.

As well as contributing his assorted musical skills, Alexander Tucker also provides the artwork. Part of the attraction of purchasing an Alexander Tucker record even (or especially) in these days of invisible, digital music libraries is to be able to engage with his enticing, spidery drawings. They sit somewhere between the bleak fantasies of Mervyn Peake and the more joyous, if also somewhat disturbing, work of Maurice Sendak. Tucker highlights thus far have included the wild-eyed, sea-dwelling behemoth that graced the cover of 2008’s Portal, a cousin perhaps to Captain Ahab’s ferocious nemesis, and the extremely peculiar chubby-cheeked, weeping moonface of 2006’s Furrowed Brow.

Sticking adamantly to the fur theme, here Tucker provides what appears to be a pair of shoulders surmounted by dense, flowing locks of hair. Is it the back of somebody’s head? A self-portrait from behind perhaps (Tucker sports similarly long, straight locks). Or could it be Cousin Itt from The Addams Family, resurrected to endorse a (super)group with a suitably follicular moniker? In the olden days, when it was perfectly normal to own physical copies of records and even to pay money for them, it was common practice to listen to LPs while engaged in nothing further than sitting and staring into the unfamiliar, psychedelic, escapist worlds that were provided by the sleeve designs. Though his modest, monochrome style precludes him from hitting the most preposterously prog-rocking peaks of sleeve-art design, this is exactly the kind of transfixed activity that Tucker’s drawings are suited to, as is Grumbling Fur’s transcendental music.

The result of a day-long improvisation, Furrier starts quietly with the first few tracks comprising of hazily claustrophobic loops, gleaming guitar drones, subtly processed chimes, noises reminiscent of somebody running their wet finger around the edge of a half empty wine glass, and some unobtrusive, wraithlike vocals. After this humble beginning, the scattering jazz drum intro of ‘Curling Hides’ acts as the real starting pistol and from this point the Fur engage themselves in an accomplished and also very English take on Krautrock. Their hypnotic grooves seem to be complemented and to some extent grounded by sentimental evocations of England’s rural as well as its industrial past. Imagine Faust or Can having a jam whilst lost somewhere in the Pennines on a damp, grey day just as their Kendal mint cake kicks in.

‘Bears Wandering into Milky Chapel’ perhaps takes matters a little too far. The lengthiest track by far, its shimmering guitars seem too shy and uninspired, its loud, prominent symbols a little distracting. Flat, directionless and indulgent, it takes a long time to decide where it wants to go, and this destination eventually turns out to be some sinister but slightly silly drone-metal vocals.

Elsewhere, however, it is all pulled off rather comfortably. The drums are at times nautical brushstrokes, at others a pulsating, motorik engine, and during ‘Siberian Priest’ there’s even some fairly unembarrassing bongos. Guitars flicker between dense drones, chugging strides, and lighter, pastoral subtleties. The chanting, choral vocal parts work better than the occasional growling, though most of this is low enough in the mix not to distract or interrupt. It is for the most part glued together seamlessly and skilfully by these accomplished and admirable, if not 'exceptionally successful', players. All in all, a fur-oughly enjoyable record.