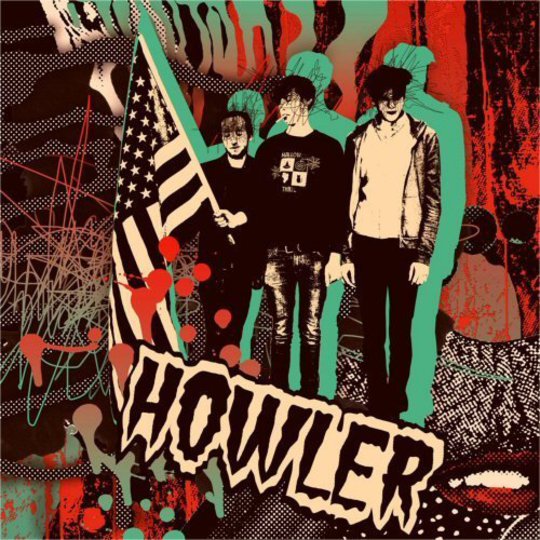 It’s an auspicious start for Minnesota band Howler. Their frontman, Jordan Gatesmith (who is still under the legal drinking age in America), started the group as a solo side project that he decided to flesh out with a few more band members. Now Rough Trade has plucked their debut EP, This One’s Different, from the heretofore obscure Minneapolis label, So-TM.

In terms of whether or not this one is, in fact, different: not really. If you’ve listened to any guitar music from the last 20 years, you’ve heard albums like this, guitar progression like this, vocal techniques like this... In the context of American indie rock bands right now, though, Howler are different. Their contemporaries at similar points in their careers have a continuing love affair with garage rock and excessive reverb, with a special mention to the shoegaze revivalists. So that Howler’s influences seem to stem from Teenage Fanclub (and making them logical labelmates British Sea Power) is refreshing. Sure, there is the occasional, inescapable surf vibe to some of their leads, but the songs are built on strong guitar rhythms that add a brashness to these sunshiny deviations.

The other prevalent convention in American indie that Howler seem to be bucking is the reigning Bro culture: music by dudes for dudes. This EP is essentially 14 minutes of songs about Gatesmith’s (presumably ex-) girlfriend. Gatesmith tempers his outward anger towards this girl with equal measures of self-loathing, producing the fantastic chorus, “I wish there was something I could do/‘Cause I hate myself more than I hate you.” His general disaffected delivery - aided by an inherently husky voice - does a lot to prevent the EP from sounding like one long, whinging diary entry. At the same time, this display of emotion, this idea that an evening of excess could be about drowning sorrows rather than just taking things too far in the name of youth, is very personable. There is something more human about the songwriter who lays bare his feelings about a girl. Even if he does think the girl in question is a bitch.