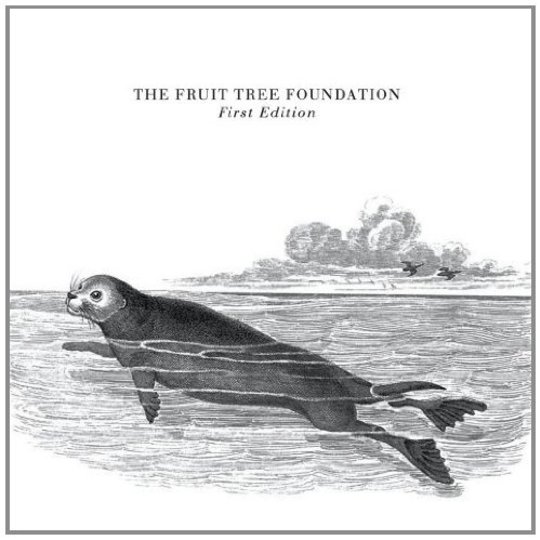 Charity records aren’t usually that great, are they? Being honest, if you exclude Dark was the Night and some parts of Help, you’re left with a whole load of passable covers and a nagging sense that you perhaps ought to have donated some cash to a worthy cause online instead.

So it gives me great pleasure to report that the first album by The Fruit Tree Foundation is not just a great charity record, but a great record full stop.

The Fruit Tree Foundation is a new independent project in Scotland led by musicians Rod Jones (Idlewild) and Emma Pollock (the solo artist and former Delgado). They formed a group in February 2010 for five days to record a charity album for The Mental Health Foundation, comprising of the best in Scottish talent including Scott Hutchison (Frightened Rabbit), James Graham (Twilight Sad), Jill O’Sullivan (Sparrow and the Workshop), Karine Polwart, Jenny Reeve, Alasdair Roberts and James Yorkston, which was followed by a couple of high profile gigs. Now a year on, it’s being released officially with artwork by Aidan Moffat to further the good work and let those of us that missed it first time around hear what they created.

What you end up with is a collection of songs that hang together remarkably well as a whole yet were conceived by two strangers in a short period of time, giving the whole project a varied feel from song-to-song and a sense of pleasing, fresh spontaneity.

It’s one of those records where your favourite tracks vary constantly but the two founding members’ passion for the project shines through. They only work together on the penultimate ‘Hired Help’ - a rousing sing-a-long affair with some wonderful dual harmonies - but whenever their name crops up it’s fair to expect something special imminently.

Pollock teams up with Hutchison on ‘Singing for Strangers’ with fine results, but her duet with Yorkston on ‘Forgotten Anniversary’ is up there with the very best songs on either artist's previous album, featuring some wonderful lyrical interchanges: Yorkston quips “And although I’m not fucking Poirot I don’t believe you’ve read all those books / by the spiders on untroubled spines” to which Pollock retorts: “Catholics and corsets don’t interest me oh you’ll have to do better than that / I’m not impressed by your second-hand matter of fact - and your God just bores me.”

Her three way harmony with Jill O’ Sullivan and James Graham (another recurring pair of names working at the peak of their abilities) on ‘Favourite Son’ help elevate a very good song to one of the album highlights. The finale repeats over and over “Scream. And scream all you want…” and is powerful stuff.

Elsewhere Rod Jones duets with some slightly less familiar Scottish names and ends up with a collection of songs memorable for very differing reasons. 'The Untrue Womb' sees him lock voices with Alasdair Roberts on a song that feels like it should only ever be admired and not dissected, Scott Hutchison joins in on the slightly epic ‘I Forgot the Fall’ (which has heavy hints of both males’ day jobs coursing through it) and the gorgeous ‘Dead Leaves and a Swollen Leg’, a breezy and beautiful ode to a tree, finds him teaming up with Jill O’Sullivan. It feels like something that might have soundtracked a pivotal scene in O Brother, Where Art Thou? (if it was made in Scotland). His duet with Graham on ‘All Gone But One’ is a more instant album standout, with both of them repeating a series of short snappy phrases such as “When the light turns we’ll leave her there… I’ll throw you on the spire” over one another’s take.

In truth though, while the project instigators rightly deserve a lot of credit, it’s a fully conceived team effort that echoes issues surrounding mental health but never directly preaches about it. Opener ‘Splinter’ sets the tone immediately, pitched just perfectly the right side of grand and with a brooding fragility to it that Graham’s vocals suit down to the ground - vocals that reappear and couple wonderfully with Karine Polwart on the brief but bright ‘Fall Arch'.

Roberts’ heavy drawl creates a brooding atmosphere on ‘Beware Beware’, which Yorkston underpins superbly with some raw, crackling guitar sounds. ‘After Hours’ is one of those tracks which continues to unveil itself with every listen whereas ‘Tooth and Claw’ (O’Sullivan / Jenny Reeve) swells from a fairly straight-forward number into a deliberately ominous outro.

A reminder that the whole thing was recorded in a matter of hours arrives as Yorkston and O’Sullivan duet on the affecting closer ‘Just as Scared’, singing “I don’t have the answers / I’m just here with you / Just as lost as you / Just as scared as you”. A digital watch beeps in the background, destined to be part of the recording forever more.

It’s a reminder that the entire project was conceived, recorded and finished in a matter of days - warts and all - for a cause everyone involved clearly had a lot of good feeling towards; something that comes across throughout this fine collection of songs.