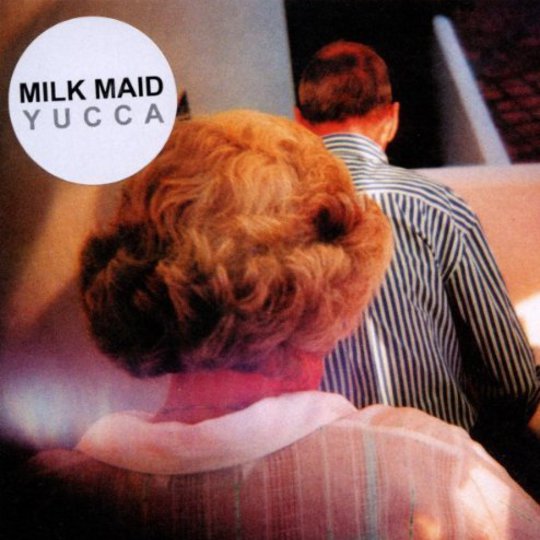 This year has been special for Milk Maid. It started with them getting signed to Brighton’s Fat Cat records, who showcased them at the new music marvel that is the Great Escape, and now proceeds with the release of their debut album Yucca. With their lo-fi slacker attitude, their sound has a low maintenance DIY ethos and comforts the listener with its distorted snugness. Maybe this can be attributed to the fact that ex-Nine Black Alps bassist Martin Cohen recorded the whole thing in his flat. Or maybe it’s to do with their playful nonplussed attitude that is evident with ‘Such Fun', the (possibly) Miranda-inspired first track. This song juxtaposes catchy simplicity with evil slasher lyrics: "I know a man who will cut your throat out for a buck or two". Either way listening to Milk Maid is no feat of strength or skill, in fact it’s relaxing, easygoing, reminiscent of Guided by Voices and at times brushes tails with surf pop.

With the next tracks on the album being light strummer ‘Can’t See You’ and the dreamy ‘Oh!’, things take a swing for the mellow and the sound starts to drift into the horizon. Then there is another change of tack when the sound lifts up and takes a turn for the melodious for three minute of sunsoaked highlights. There is the four chord wonder of ‘Dead Wrong’ masking more crazed lyrics like "You’re killing yourself to cut your arms off/you’re stabbing yourself in the gut" and then there is the gliding pop of ‘Girl’. After these tracks, for a while, things get a bit more intense with previous stomper of a single ‘Not Me’ and the 49 seconds of ‘Kill Again’ both bringing back the noise, albeit briefly.

And Yucca pretty much carries on swapping between passive bittersweet as on ‘Same As What’ and the frizzy wig outs of ‘Back of Your Knees’. This is the sound of a milkmaid who is beginning to get into the swing of balancing her pails and is starting to glide gracefully across a slightly unsettling Manchester terrain. In fact this a milkmaid who is going to be crashing through a variety of terrains and getting lost with label mates Mazes on a UK tour over the next few months. Having played with Wild Nothing, Titus Andronicus, Crocodiles and Male Bonding they are finely adept in the art of live performance and worth catching. But the album? Yeah it’s alright: simple and catchy fuzz pop.