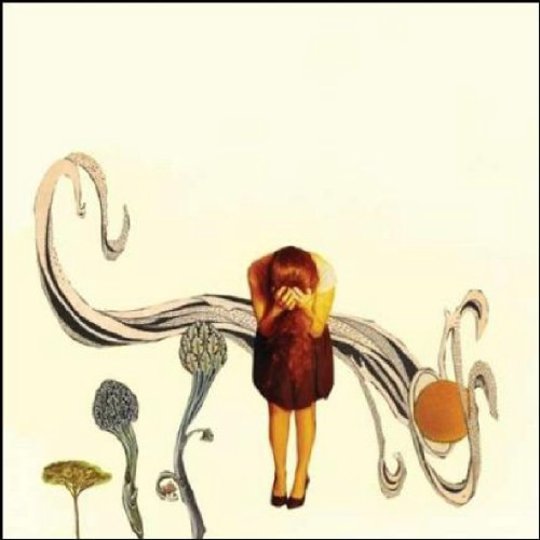 Does music necessarily need to boldly make a point to be worthy of merit? A friend and I once had a debate about whether, to truly be considered art, a piece of music, painting or sculpture must specifically make a statement. He agreed with this point; I vehemently didn’t. Of course, it is necessary to have items of culture that push buttons, pull levers and propel platforms upwards to some higher plane. But wouldn’t the world be a dreary, obnoxious and pretentious place if we all did that? Sometimes music just needs to be something attractive, something to fill the space and time with a bit of atmosphere. Now I’m not necessarily talking about background music, no. And I’m certainly not talking about the current penchant for Tesco shopping trip 'Ooh, look at this!' derivative bullshit that spews from the assorted orifices of the major labels while they greedily rub their hands, greased by the cleavage sweat of Jessie J. But aurally massaging and satisfying music that is crafted and clever despite not changing the orbit of the planet? There’s nothing wrong with that. Right?

You might be able to predict where I’m going with this. But hold fire for a moment. The initial reaction upon listening to Marissa Nadler, the eponymous fifth record by the Boston based painter/singer, is to be smitten with just how strikingly beautiful it all sounds. Obviously, there’s her startling honey and sawdust voice: that angel-sucking-a-cigarette tone that could bring many grown men down onto their knees (and probably has done). Alongside this, producer Brian McTear creates a sparse, gossamer web of understated brush-drums, subtle acoustics and dreamy Fridmann-esque soundscapes that support her vocals on a hammock of cotton and silk. It’s unquestionably well put together musically and when it works, it carpets the album with a layer of magic complimenting the hanging questions and enticements falling from her lyrics. Opener ‘In Your Lair, Bear’ has a genuinely bruised, tender yearning running through its slow-burning fuse while ‘The Sun Always Reminds Me of You’ sees Nadler trying to reinvent the torch song as something more inverted and sensitive. But the highlight is undoubtedly ‘Puppet Master’, growing initially out of a mysterious sea-witch incantation amongst shipwrecked acoustic guitars with Nadler pleading “cobalt and sea / come back to me / I’ll never do you wrong”. And then, it suddenly transforms mid-song into an eastern-tinged lovelorn lament, dragged along by nagging guitars as the sound of waves breaking on a beach resonates in the background, before flipping back into dark mystery again. The contrast between the two is delectable and is a fine example of how the sweet and sour of her musical persona can, when used appropriately, be combined to dizzying effect.

But at that point, I refer back to my opening paragraph and prepare to slightly contradict myself. Despite how glorious the whole thing sounds, there is a continual critical doubt that keeps pulling at my sleeve whilst listening to the album. And the problem with Marissa Nadler as a composite piece of work is that the tracks and moments where it genuinely stands up proud and triumphant above the parapets are few and far between. That’s not to say that there’s anything poor on the record, there is not. As a matter of fact, there isn’t really anything that drops below the middle-ground bar. But at the same time, there isn’t too much that rises above that particular bar either. Shorn of the gothic gloom and striking visions of decay that defined her earlier work, much of the album is played out in a fairly safe environment of subtle longing, ethereal prettiness and fleetingly passionate musical parkland, without ever particularly reaching or hoping for anything more extreme or elaborate. It’s hardly a cardinal sin or an excuse to berate; but in contrast to her beautiful voice and the sheer quality from which the structure and tone of the record is built, there is an occasional lack of depth and exploration within the tracks that means that ultimately, the seduction of the first kiss doesn’t end up becoming something more profound and meaningful.

Ultimately, Marissa Nadler is a good record with a couple of standout moments within it. My only concern would be this: how often are you honestly going to play this record? It’s lovely for one or two listens but in view of the lack of truly momentous moments, I can see it being a record that spends less time embracing the drawer of your CD player than it may have otherwise done. That’s not to say that it is a poor, offensive or annoying record – it is far, far away from being any of those things. It’s just that when you strip away that beautiful voice and the devastatingly lush production, there isn’t honestly a huge deal going on here. But does that really matter? Because having said all that, I did enjoy listening to it. It lightened my morning blues, made me smile, it made me content. And even if I don’t ever listen again, that probably means that it fulfils its concept and raison d’etre. Music doesn’t always need to be about preaching, grand-slam bombastic leanings or pushing the envelope forward – that’s a fallacy. Sometimes it can just be sonically gorgeous, layered and pleasing to your hearing and thought - just as Marissa Nadler ends up being. I suppose we should all remember that a little more often. Or maybe that’s just me…