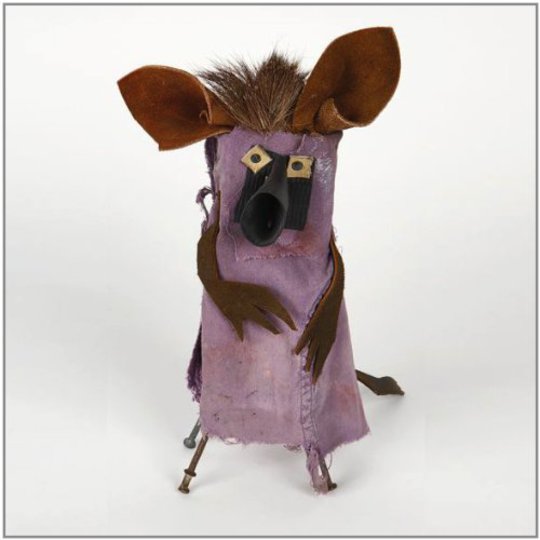 Man Man’s third album, Rabbit Habits, was perhaps one of my favourites of 2008. The combination of the rabid vocals of frontman Honus Honus, combined with lurching voodoo rhythms and rampant xylophone ensured its permanent home on both my iPod and stereo. It was as suitable for sound tracking a sunny walk to work as it was a few late night whiskeys with friends. A local live show caught that very same year, replete with instrument swapping and all the hollering and gnashing of teeth you could ask for lodged this group of howling madmen firmly in my heart.

So here we have their fourth offering; Life Fantastic. Does it live up to the heady swampland boogie of their previous offering? Well, enlisting Mike Mogis on production, engineering and mixing duties has certainly done a tremendous job of bringing Honus’s accomplished songwriting to the fore and shows that even stripped of kazoos and (literally) bells and whistles, Man Man can still put together a gloriously deranged pop song.

The smoky acoustic guitar-led ‘Steak Knives‘ and the surfy beach party swing of ‘Piranhas Club’; where Honus doles out sound life advice, “If you gotta punch your dad in the face, think about it…do it!”, are both glorious examples of the former and latter.

The sound here is warm and accessible throughout, as you’d expect from a Mogis production, with plenty of interesting flourishes - the chaingang backing vocals into rollicking banjo-led rhythm and back again of ‘Bangkok Necktie’ for example. However too many of the tracks flash by with nothing to grasp on to. Nothing we haven’t before and, dare I say it, better from the band.

There’s nothing here to really compare to ‘Hurly/Burly’ or ‘The Ballad of Butter Beans’ from Rabbit Habits, but the sterling production really does make for a cohesive, interesting listen and it’s a joy to be able to hear every instrument in its own space and in its own right, without each jostling and fighting for your attention. It’s almost as if the band knew they could never make a record that would capture the intensity and feral joy of their live show, so opted instead to focus on their musicianship and structural abilities for this album.

If so, it’s a tactic that yields some fantastic results - the string section that ends album closer ‘Oh, La Brea’ for instance - though I did start to miss that hooting, hollering and fairground queasiness after a while.

So what do we have here? A tastefully produced, solid entry into the Man Man catalogue. _Life Fantastic- isn’t going to lose Honus and co. any fans - certainly not this one - but it feels like a place holder or a stepping stone. An attempt perhaps to grow up that, bizarrely, feels more like an experiment for its lack of extraneous sounds, carnival barking and clattering production.