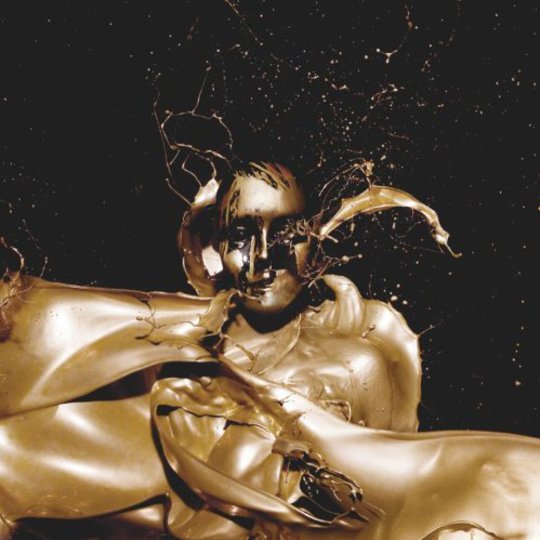 “Consider yourself one of my best friends. Consider yourself one of my enemies, enemies!” This is a chorus line In Gold Blood would kill for. Something to celebrate that fragile time in every punk-pop warrior’s life where the melodrama runs strong and perspective is so gloriously lacking. That’s not the album Kids In Glass Houses wanted to make; the glory days of ‘Saturday’ and getting a Saturday by the name of Frankie Sandford to feature on ‘Undercover Lover’ are emphatically over. They even write about such a carefree existence in the past tense now.

“When we were young, we made the mistakes that make us what we are today,” postures lead singer Aled Phillips on the mournful ‘Teenage Wonderland’. If ‘maturity’ sounds like bland overarching lyrics and cavernous arena-ready guitar lines then his band’s third album certainly has it by the bucketful. Lead single ‘Gold Blood’ is typical of the crisp production job done by A’s frontman Jason Perry where everything sounds massive but the songs sound... okay. All the booming backing vocals in the world will not a stadium headliner make. It’s not so much that Kids In Glass Houses have sold out - they were hardly an ‘underground’ concern before. More it seems they started the writing process for In Gold Blood with an immovable idea of how they wanted it to finish up, no matter how ill-fitting that idea was. Whoever’s brainwave it was to plump a brass fanfare in ‘Only The Brave Die Free’, right at the moment where it’s drowned out by everything else, should take a long and hard re-evaluation of their talents for basic music theory.

Occasionally, this Welsh five piece find a fertile medium between their over-ambitious anthemics and former glories. ‘The Florist’ melds innocence and experience with an instantly catchy singalong hook: “I remember the day the music died and left me wanting more, I remember the way my mother cried when daddy went to war.” ‘Diamond Days’ is also all the better for its camp synth intro and ham-fisted references to holy wine, talking devils and living for one night only. High art this is not, yet Kids In Glass Houses aren’t the band you listen to for their glistening perfection. While ‘A God To Many’ and ‘Black Crush’ sound fine on first listen, much that glistens on In Gold Blood is proved to be a bland mirage of tastefulness. There’s no bite to sustain it over repeated plays and there’s little substance to justify what seemed a fairly straightforward transition for the band.

On ‘Saturday’ every note these once sprightly punks played was geared towards a chorus that released all their pent up frustrations. In some respects little has changed but that pure release of energy is now diluted by bluster and an unconvincing coming-of-age story. Adulthood has been proven overrated.