Frankie Rose and The Outs

Frankie Rose and the Outs 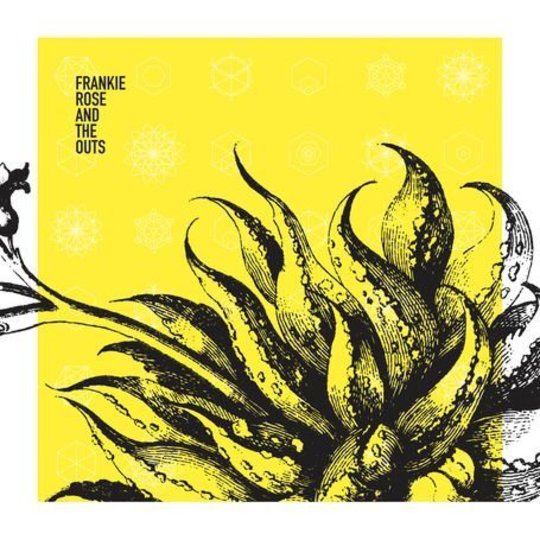 Frankie Rose has sure been busy of late, setting up an infrastructure of bands in the Brooklyn area and California (drumming for Crystal Stilts and The Dum Dum Girls, playing bass in Vivian Girls) that fawn over messy sounds and the American music of yesteryear. From this vastly growing output, Frankie Rose and the Outs feels like Frankie’s most love struck project, her most restless experiment and her most chemically intoxicated effort to date.

At first this sounds like a Breeders record, albeit one that was recorded in 1970. From the opening of ‘Hollow Life’ the harmonies sound exactly like the Deal sisters, covered in reverb with vocal lines that wistfully twist and turn. Sleigh bells cement the retro feel and a wonderful mix of grunge and girl-group spills forward. Whilst music today often borrows from the past, Frankie takes this to the nth degree, citing moments and bands with the fury of a cut-up artist. This is far more than just an album that ‘wears its influences with pride’, this an album that wears its influences like cocktail jewellery.

The pounding guitar opening of ‘Candy’ screams Stooges, whereas the chorus harmonies awkwardly flitter into The Zombies. This is schizophrenic, disorientating and difficult to get a grip on. If you’re after something accessible to hold on to, hum along with, develop a crush on and marvel as songs segue into each other nicely, this isn’t for you.

If you’re after an album that plays with the history of American music, throws its influences over the table and re-appropriates them together in a psychedelic tapestry of pop, this and NLF3’s Beautiful is the Way to the World Beyond will be all you’ll need. Frankie Rose and The Outs is a thousand crazy, unique, fantastic moments.

It is very much to Frankie’s credit that she has the balls to make an album like this, to mix shit and shine and make it palatable. As the surf guitar balladry of ‘Memo’ escalates into its chanted crescendo, she takes the death sounds of The Velvet Underground and makes them sound even more washed out; plays things slower, holds moments for longer and tries even less. By doing so it’s every bit as beautiful and lonely as New York’s finest.

‘Must Be Nice’ and ‘Don’t Tread’ are the most charged tracks on the album, with their Cramps-esque rockabilly riffs and large choral choruses. These are cool, stylised songs to soundtrack the grizzliest moments of the Grindhouse movies.

Despite the retro feel of the album, does Frankie Rose embody everything that is current about music? It appears she wants everything, now, and it’s all there for her to grab. So is she ploughing through style in a cynical or genuinely amorous way? Is this a restless heart or a purely intellectual series of musical endeavours? Either way, Frankie Rose and the Outs grants her the right to carry on doing as she pleases. As Lady Gaga comes across as a glorious car crash with her incessant costume change homages, Frankie similarly deserves the right to chop and change between band and styles. For as she chews music up and spits it out, she makes a beautiful mess.

Every Step's a Yes