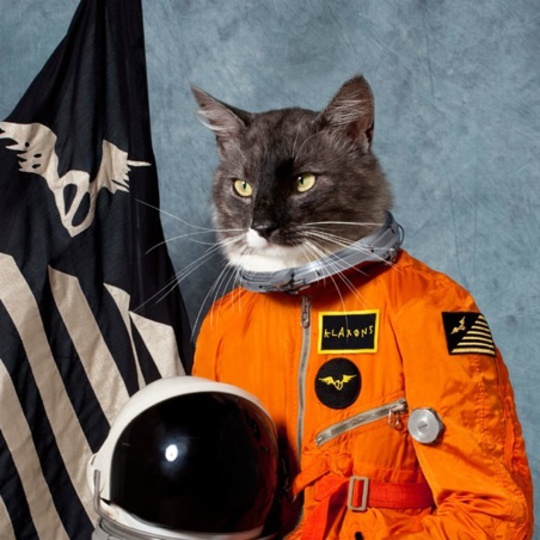 As the tapping of a typewriter signals the end of 'Venusia',Surfing the Void's mid-point, one can only imagine the levels of critical ambivalence being punched out on the keypad. Ever since 2007's Myths Of The Near Future announced Klaxons' arrival in spectacular style, the doubters have been queuing up to preempt the band's failings and ultimately, decree the extremely difficult follow-up album would never actually see the light of day at all. With one false start after another, poorly received showcase performances, songs written and recorded before being dropped in an instant and the occupant of the producer's seat changing before the final furlong, it's been a fraught three years since the release of their debut.

It is to their credit that Klaxons haven't merely taken the safe option on their return, but instead taken a more expansive, harder edged route than anyone schooled on the likes of 'Golden Skans' or 'Gravity's Rainbow' could possibly have dreamed of. At the time, the decision to replace long time cohort and fellow bastion of rock and pop fusion James Ford with Slipknot and At The Drive-In producer Ross Robinson seemed to be a desperate attempt to salvage something listenable and credible with the long-awaited second record that nearly never was. Yet in hindsight Robinson now comes across as a shrewd choice.

Granted, messrs Reynolds, Righton and Taylor-Davis haven't turned into Sepultura overnight, but there's definitely a more industrial feel to Surfing The Void than its predecessor, not to mention a more thematic, almost conceptual approach that welds the record together in a cohesive, semblant fashion. Furthermore, it would be fair to say that unlike Myths..., there's very little in the way of obvious radio-friendly singles here, the foursome - touring drummer Steffan Halperin was enlisted as a full-time band member during the sessions - preferring to crank up the volume where previously a middle-eight and irritatingly catchy chorus would suffice.

That's not to say Surfing The Void isn't without its moments of pop skill, though. Lead single and album opener 'Echoes' bridges the gap between Klaxons old and new in incisive fashion, Reynolds' now familiar falsetto informing us in no certain fashion "Echoes from the otherworld, turn horizons into endless ever present." Similarly, the abrasive intro of 'Valley Of The Calm Trees' gives way to a seductive, almost nursery rhyme like coda, the prophetic "To visionary worlds, let us imagine" from the final segment of the chorus providing some indication that despite the self-induced three-year hiatus of sorts, it's business as usual in Klaxons' mystical universe.

Nevertheless, those looking Myths Of The Near Future-style pill-induced thrills or bellyaches may be disappointed, if not surprised with their lot here. Granted, 'Twin Flames' follows the same path as 'Isle Of Her' off the first record, its repetitive drumbeat and constant reminder that "Beginnings never end..." recalling the "rowing for seven more miles" that punctuated the aforementioned Myths... cut. 'Flashover' is possibly the most obvious example of the progress Klaxons have made between albums one and two. Whereas on the likes of 'Magick' Reynolds wouldn't have been able to resist a vocal interlude or two, the noisy guitar elements of the opening segment continue to get louder and heavier, possibly as a result of Robinson's involvement but undoubtedly owing as much to its creators' more experimental outlook.

Lyrics are where Surfing The Void is a little more familiar. Having already mentioned 'Echoes' and 'Twin Flames's references to infinity and other-worldliness, 'Future Memories' ("The future's in our memories, our past is just a guess, the point at where they meet is now the place to exist") and 'Extra Astronomical' ("celestial catastrophe, orbiting machines") both suggest Klaxons' minds still occupy the same trains of thoughtful hokum, even if their musical indulgences have moved on a notch or two.

Overall, Surfing The Void is an interesting, and mostly rewarding collection of songs. What's more, Klaxons have fully shaken free of the stifling 'nu rave' tag, instead sounding like an unholy alliance between Captain Beefheart and Slayer for the most part (see the deceptively arranged title track). While the likelihood of Surfing The Void achieving the same levels of critical or commercial success that Myths Of The Near Future enjoyed is debatable, Klaxons' status as one of the most confounding entities in the UK's languid music scene is cemented.