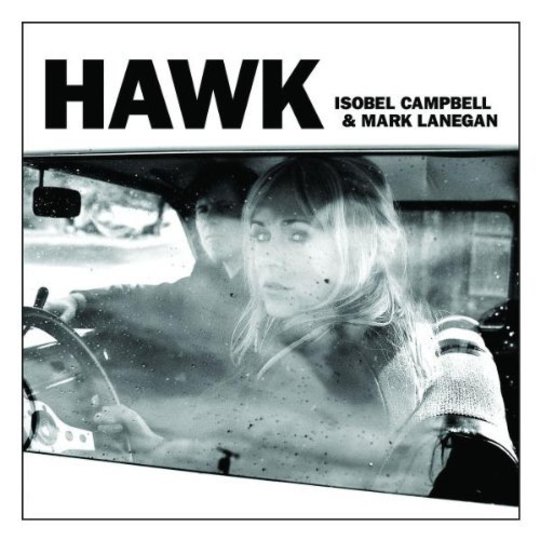 It’s a small mystery why 'Campbell & Lanegan' hasn’t yet become shorthand for a certain kind of Belle et la Bete pairing that explores the difference between two different vocal textures and – let’s be honest – exploits the fantasy of delicate young Bel being tempted by a grizzled old grunge-legend, and maybe have to tame him or show her own teeth. With the Serge Gainsbourg film in cinemas right now, it’s a timely reminder that’s pretty much what Isobel was thinking three albums ago, when they first hooked up.

They’re both legitimate ends – rather than ways to paper over the cracks, or appeal to the listener’s shallowness – because some singers do get typecast, individually, and it’s idiotic to let yourself remain an acquired taste for the sake of pursuing your solitary vision. Since the first Campbell & Lanegan record, Zooey Deschanel’s come along with a similar set of songs but completely failed to take advantage of M Ward’s unmistakeable vocals, while Scarlett Johansson’s made the similar mistake of treating Dave Sitek as a means to her end, rather than treating their pairing as a means to a shared end. Anyhow…

Hawk is the most energetic record yet from the pair, with several pointers towards the sound of the enduring record they may well have in them. Before, they leaned towards retro-pop and chamber-folk, but now the county-blues elements have come to the fore, and on the title-track (with its blaring sax and fuzzy guitars) the aggression their music’s always needed.

That said, some old weaknesses remain. Individually, and in collaboration, Campbell & Lanegan have always been limited to predictable melodies and chord progressions, and the songs often have a gaping hole where the lead-guitar, middle eight, or solo should be. That’s fine in itself – the whole history of DIY music, grunge, lo-fi, and twee has always been about overcoming technical limitations, and oftentimes refusing the egotism of a solo – but Campbell & Lanegan seen loath to adopt any of the familiar strategies that would make their rudimentary songwriting more endearing, let alone genuinely startling. Take ‘To Hell & Back Again’, which could comfortably sit in the middle of any Mazzy Star album with its low-mixed strings like sunrise, but bear in mind that Mazzy Star’s stand-out tracks contrasted the minimal folk with distorted guitars.

Still, at their own best, Campbell & Lanegan are indeed using a more varied palette than ever before: the twilight ambience of the opening track uses an almost subliminal drone to bring a hitherto absent menace to the music (just as Vashti Bunyan updated her own minimal folk, for the 21st century), while the album-closer ‘Lately’ brings in a Hammond organ that’s been much-needed throughout. Thing is, there’s also a stunning gospel vocal on the closer that you realize (wistfully) could only have appeared once, because Lanegan’s practically unmanned by its force – he’s the soft-voiced one, here – and Campbell wouldn’t have stood a chance.