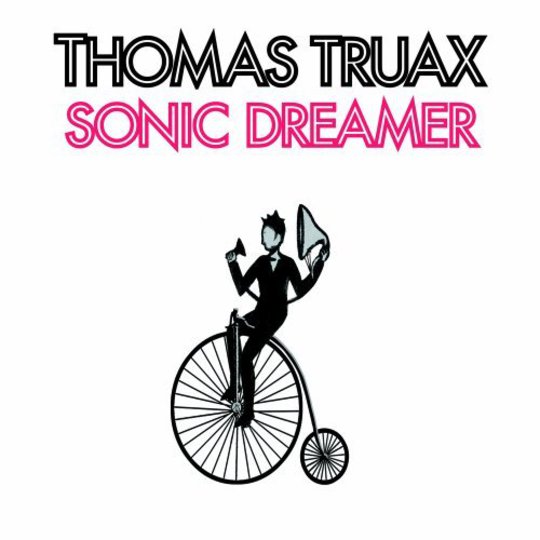 Thomas Truax is, without doubt, a unique performer. His 'mad-inventor-crossed-with-gothic-lounge-singer' live act is a sight to behold, not least because of the fantastic nature of his homemade instruments (which are given equally fantastical names like Sister Spinster and the Hornicator). The sheer impact of his live show is something of a double-edged sword, though: for better or worse, his recorded output is often overlooked. Could Sonic Dreamer be the record to change that?

It certainly starts off promisingly, with the lively opening double-header of 'Beehive Heart' and 'It's All Happening Now' proving to be quintessential Truax. In fact, the first half of the album takes the best elements of anti-folk and combines them with his own lyrical dexterity and wonky outlook on life. Things slow down a little with the next few songs, but the inventiveness doesn't wane: indeed, it sets up what might be his best song yet – the ironic masterpiece that is 'Post Post Post Modern', a surreal journey through scenester cliches that gently pokes fun at all those oh-so-cool foibles that many work so hard to develop – including Thomas himself.

Towards the end of the album, hazy instrumental title track 'Sonic Dreamer' sounds like the sort of thing Trent Reznor would come up with if he were deposited in the middle of a country meadow with a truckload of mescaline; meanwhile closer 'Lonely Taxi' winds things up beautifully with an ode to the only empty cab at the end of a freezing winter night (best lyrics: "Feels like I've been waiting years for you/the others all passed by and left me blue/you know for me you are the only one/so lonely taxi come on take me home").

If there's one word which sums this album up, it's 'inventiveness'. At any given time Truax may be acting out a gothic fantasy, such as in the frankly bonkers tale of a plane crash on a tropical island 'The Cannibals Have Captured Our Nicole Kidman' (which feels like it's come straight from the pages of a Victorian storybook for boys and uses what appears to be a didgeridoo to great effect). Wait a while and he's ghoulishly serenading a unnamed paramour on 'It Always Rains on Sundays' – a song which turns out to be a quite lovely ballad that feels a little bit like the sort of thing Eeyore would sing if he dwelt in early twenty-first century London. There's always a feeling you're listening to something different, something knowingly funny, and something very very special.

Thomas Truax is a unique performer, and already justly appreciated as a treasure live. Sonic Dreamer may just have the wit, invention and accessibility to be the album that garners him that same recognition as a recording artist.