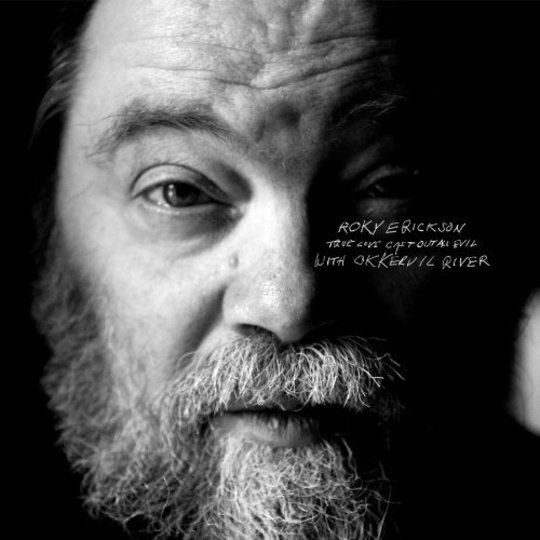 When Will Sheff, lead singer of Texas’s Okkervil River, took on the task of producing an album for one his state's great, emblematic musical figures, he was handed a catalogue of over 60 demos, of songs written over the past few decades of Roky Erikson’s life, career, and battle with mental illness. To have whittled them down to 12, and be charged with the task of reworking this important archive for public consumption, was a job akin to restoring a lost work of art, or turning a series of letters and diaries into a coherent life story. In short, Sheff had to act as Erickson’s biographer. While Erickson provided the ‘text’, Sheff had to present it with the right level of reverence, being careful to highlight, and not undermine, this record of struggle and redemption.

Former 13th Floor Elevators frontman Erikson’s story spans schizophrenia, breakdown, separation from loved ones and the inhumanity of involuntary electro-shock therapy, but the overwhelming message of this record is hope. While earlier work, such as 'I Walked With a Zombie', focused on demons as metaphors for chaos and discomfort, these songs celebrate lucidity, inferring the horror of the dark times by showing us the grace of the light. On the song 'Be and Bring me Home', Erikson sings, “If the way is clear, my friend, quick/ If the way is clear, my friend don’t kick. Suddenly my fireplace is friendly, bringing me home/ Suddenly I’m in control…suddenly I’m not sick.” Sheff illustrates the song with a wash of distant organs and horns, which almost, but don’t quite overwhelm the lyrics. In the midst of it you hope the singer goes clear.

There is no definitive record of whether Erikson has found God, or if the imagery is just something that fascinates or helps him, but there’s no ignoring the Biblical lean of this album. The opening song, 'Devotional Number One', casts Moses as a returnee from hell, coming across Jesus with the words, “Don’t wait for Christ to come/ for he has already risen.” Meanwhile, there’s not much else to be read into final track 'God is Everywhere', and even the title of the album comes in stark contrast to his previous focus on symbols of Biblical evil (The Evil One, for example). While mantric title lyric recalls Daniel Johnston, there is a peacefulness to it that suggests a deeper understanding of the content. “Love has its time, all the time, all the time,” sing Erikson, and “We are here to love each other.” When Johnston sings about love and evil, there is the sense that they are just pictures, grappling in his mind. With Erikson, it’s like he’s drawing from a universal truth.

Along with Okkervil River’s gentle accompaniment, Sheff has interspersed the songs with Erikson’s own recordings from his time in Rusk State Hospital. These are surprisingly peaceful, with birdsong, overheard conversation and tape hiss drifting in and out like a hazy dream. It's a strong symbol of art reclaiming and redefining times of pain, and nowhere is it more effective than on the plea for spiritual justice that is 'Please Judge'. This song, along with 'John Lawman', complete a picture of sought redemption that calls to mind the message of Nick Cave’s 'The Mercy Seat', as sung by Johnny Cash. Key to this redemption is the asking, on 'Please Judge', “That the crooked will always be straight, and do not think of their pain again. If you allow me I will say, please Judge, leave that boy alone.”

Roky Erikson is now reunited with his first wife and his children. Without the context of his life, this would be a wonderful, complete piece of music. Look at it within, and it’s a work of divinity.