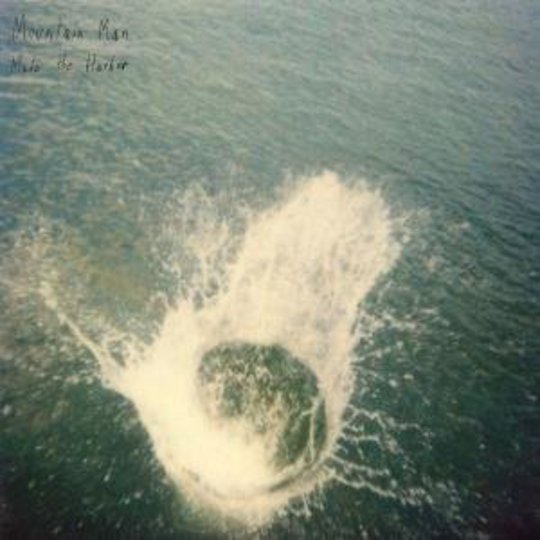 Mountain Man join Girls and 10,000 Maniacs in sporting a name which misleads with regard to their number and gender; Mountain Man constitute three precocious young women from across the United States (one for each coast and one in the middle) who came together in the Vermont town of Bennington, finding they had in common a love of American folk music and a recent history of heartbreak, but with differing singing voices. Thankfully the result of their combined vocal range is the most sumptuous and breathtaking harmonising you're likely to hear all year. While in recent years a focus on vocal harmonies has become increasingly common in indie circles (Grizzly Bear, Fleet Foxes et al) it is still rare to hear quite such a perfectly matched trio of voices. While no member are a slouch in their own right, it's when they join together that Mountain Man really come into their own.

It's a good thing that all three members do possess such vocal ability, because the songs really do rely upon their voices, there being a scarcity of actual instrumentation on the record. In fact the only instrument you will hear is Alexandra Sauser-Monnig's acoustic guitar, delicately plucked or strummed behind the veil of harmonies provided by Molly Sarle, Amelia Meath and herself. While the songs are often both expansive (thanks to natural reverb) and intimate in scale, they rarely just sound bare thanks to the expressive range of the trio and their wordless vocals, which often recall other musical sounds as well as the influence of the natural world; see 'Animal Tracks' where the highest pitched vocalist on the line "How will I know?", trills in a manner akin to both a woodwind instrument or the Chickadee bird, the discovery of whose "...bright baby eyes..." the lyrics describe.

Indeed, landscape, wildlife (especially avian), the elements, night skies, etc, etc are themes throughout the record, often colliding unexpectedly with ruminations on sensuality and womanhood; the first verse of 'White Heron' states "your hand still moves up my fleece, the moon blue dress caressing knees", while a latter one states "Broken wings won't bring you home, soft white tendons robe hollow bones, you hung those feathers from your ceiling, so the women you bring home lay down". Opening track 'Buffalo' does much to set the geographic scene with its references to the "might Mississippi" and "great Black Hills". While the trio mightn't be hirsute plaid-shirted ramblers or lumberjacks, the word 'Mountain' in their name doesn't seem remotely out of place for the mood and subject matter of the record. The record does an even better job than Bon Iver's For Emma, Horever Ago did of engendering remoteness and isolation, but for the warm glow of intimacy radiating from the trio's harmonies. Justin Vernon added musical embellishments post-log cabin, whereas Mountain Man are just vocals, guitar, hiss and a bit of natural reverb. You would say that the record sounds just like its environment, except that at times it actually sounds pre-industrial.

Of course there's only so much you can do with such limited means and for many Made the Harbor might only serve purpose as a collection of lullabies. Certainly some tracks have little to distinguish them but for a slight change in the tone or volume of hiss and some tracks inevitably fail to leave an impression; after many listens I still can't recall in the slightest what 'Arabella' sounds like, although it's worth suffering a few lulls for songs as beautiful as the acapella epiphany of 'Babylon'. In its own somewhat retrograde way Made The Harbor is probably as daring a record as you'll hear this year and there will always be a place for artists like Mountain Man to make records which are as totally out of time and place as this one.