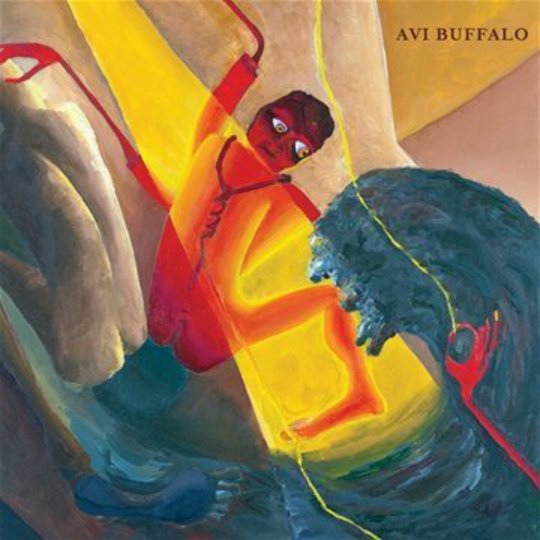 In an era when the music industry gets a Dorian Gray hard on over any band clutching a Zip Oystercard, you're sometimes tempted to scurry off to your local Help The Aged to finger through the musty 12-inches, whilst bemoaning the 'youth today' over a cup of strongly brewed Yorkshire tea.

So, when you hear about child prodigy Avigdor Zahner-Isendbert, whose band Avi Buffalo signed to Sub Pop at the grand old age of 19, part of the bitter old man in you wants the band’s debut to be as insipid and relevant as a decapitated Power Ranger, asphyxiating in a discarded bag of Space Raiders. However, Avi - along with his Long Beach High School friends Rebecca Coleman on piano, Arin Fazio on bass and Sheridan Riley on drums - unites youth and maturity in a harmonious marriage, with his undoubted musicianship finding a bedfellow in his untainted naivety.

Learning his craft from random blues dudes in Long Beach since the age of 12, Avi’s talent as musician eclipses his years and puts the guitar at the forefront of the record. The sleepy lullaby opener of ‘Truth Sets In’ recalls Love at their most blistering, complete with flutes, backward loops and handclaps. Lead single, ‘What’s In It For Me’, buzzes with unbridled teenage frustrations of drunken kisses, dreams of escape and rejection, which is echoed in Avi’s cracked refrain of “what’s in it for me” that escalates into a crescendo of Syd Barrett madcap screams. Elsewhere ‘Jessica’ and ‘Can’t I Know’ have the pleading harmonies and sentiment of the Beach Boy’s ‘Caroline No’ twinned with the engulfing soundscapes of Mercury Rev’s Deserter's Songs.

But what sets the record apart is Avi’s lyrics – they’re honest, brutally honest, in the unknowing way only a teenage boy can be; taking in all the heartbreaking, cringe-worthy and beautifully innocent themes you’d usually find in coming of age movies like Superbad and Adventureland, with a box of Kleenex on the bedside table for good measure. ‘Summer Of Cum’ would make even Pinkerton-era Rivers Cumo break into a blush as Avi intones joyfully: “_I tell you day and night that I can't feel you with my right hand. Go on and tell your friends how I can't rearrange my skin They've made up stories based on me so everyone could feel at ease”. It takes an ironic and slightly uncomfortable turn, when you realise that the album’s inspired by his former crush and now bandmate, Rebecca Coleman. Although, it’s not all cheap jokes; ‘Coaxed’ is a surreal ode to unrequited love, and closer ‘One Last’ scales back the accompaniment as the acoustics take second place to mournful melody of, “all this time to die, too much time to die and I just wanna die_”.

The relationship between Avi and Rebecca permeates every layer of the album. The lyrics see Avi win his love for Rebecca, where in real life he couldn’t, as their voices bend into one another like two spoons made from the same mould. On ‘One Last’, the duo’s croaked vocals sound like Joanna Newsom dueting with Daniel Johnston; on ‘Remember Last Time’, the whole sentiment of the record seems to be summed up as Rebecca joins Avi to sing, “I’ve never written a love song, but I will for you”.

The record could be accused of wearing its influences a bit obviously, but as Wilco, Flaming Lips and Mercury Rev borrowed from Neil Young, progression essentially comes through a degree of regression and, although Avi retreads familiar ground, he still adds his very own unique footprint to his band’s debut.