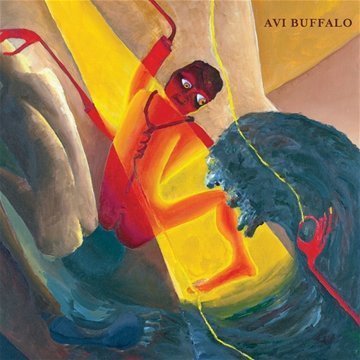 Although Avi retreads familiar ground, he still adds his very own unique footprint to his band’s debut. »

rough trade exclusive with a bonus 4 track cd featuring two exclusive tracks and two songs that are on the demo ep they're selling on tour. this is the debut album from long beach, california's avi buffalo. we loved the band so much we tried to release their debut nigh on perfect single 'what's in it for?' on our own for us records but luckily they got signed to sub pop. avi buffalo is the adopted name of avigdor zahner-isenberg, an 18 year-old singer / songwriter and guitarist. avi buffalo is also the name of the band he formed with friends and like-minded collaborators sheridan riley (drums), arin fazio (bass) and rebecca coleman (keyboards and vocals). the self titled album is a 10 tracker of flawless, delicate and glorious sun baked pop songs that hint at early neil young, simon and garfunkel, the la's and the shins. a beautiful album that will move you heart, feet and soul with hyper lush layers of guitars, harmonies, clanky pianos and crackpot energy.
description from www.roughtrade.com