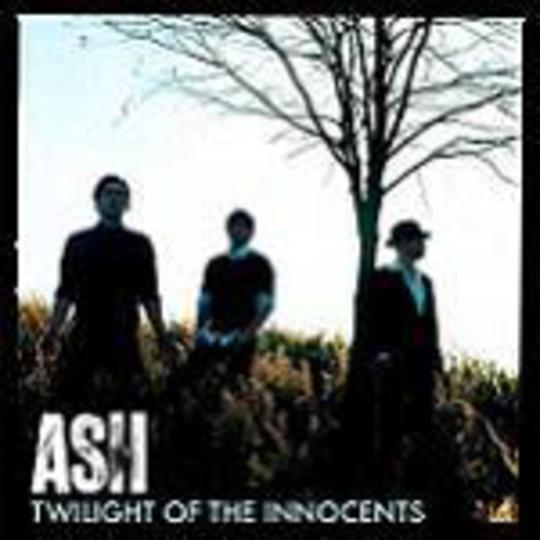 This fifth studio album could be Ash’s last, of course, if their new plan of just recording and releasing singles proves fruitful. When that announcement was made, it made total sense: Ash have only really made one album worth bothering with (debut 1977) and three sub-standard collections of filler, dotted with occasional singles.

Therefore, since Tim Wheeler has let us down so many times in the past, it’s hard to find anyone that still gives a shit about Ash bringing out a new album. There certainly isn’t a frenzy of hysteria.

So it’s with some confusion and trepidation that we can announce that Twilight Of The Innocents is surprisingly, frustratingly, bafflingly good. Yes - you read that right. It took time, too, which is reassuring: on the first spin, creaking through rubbish iPod earphones, Twilight… sounded just as jaded as most of Ash’s recent work, and the melodies refused to stick.

But belting out of a proper hifi, Mark Hamilton’s bass ramped up, Twilight… sounds rich, like a band re-inspired. The tunes are fresh and consistent, breaking out of slightly more complex song structures than we’re used to rather than drenching us in saccharine pop.

While a few tracks such as ‘You Can’t Have It All’ and ‘End Of The World’ fall into that irritating using-the-title-as-main-chorus-hook category (and therefore start to drag), there’s life to ‘Blacklisted’, ‘Polaris’ and the title track that suggests Wheeler & Co aren’t going down without a fight.

The adjective of the day, though, is “good” rather than “excellent”. Some things never change: Wheeler’s vocal is still woefully uncharismatic, even if it does sound older and smoother these days, and he should have pruned a couple of songs here rather than over-stretching to 12 songs. Is he really so much of a 'superstar' that not a single person involved with the band is prepared to have a quiet word? The latter part of the album is in need of attention after the first half works so hard to regain favour.

Such excess almost undoes Twilight…, but the choruses of ‘Shadows’ and ‘Dark And Stormy’ just about manage to maintain the momentum. Perhaps it’s a shame that Ash may never record another album, but this is an impressive way to make your exit.