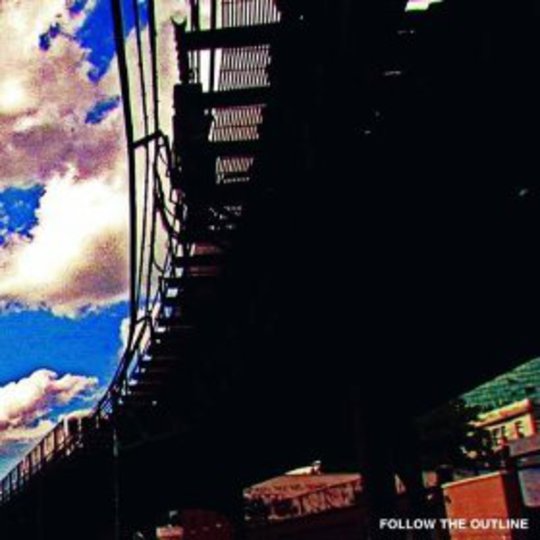 For anyone (like me) who associates ATIC Records with the superb psyche-folk of The Witch And The Robot, this first compilation of cuts from the young label’s back catalogue comes as something of a surprise. Follow The Outline opens with an infectious hip-hop groove, punctuated with peppy horn parts seemingly plucked from The Go! Team’s sampler. The track, ‘Corliss Avenue North’ is almost laid back in its effortlessness, but it manages to brim with bold bounciness.

The artist is Aim – a.k.a. Andy Turner, ATIC’s co-founder. It sets an early high standard for other acts on the roster, but it’s a standard which is only equalled by the compilation’s closer. Another of Aim’s compositions, with vocals provided by ONC, ‘Before…’ could easily be mistaken for Jurassic 5. Its crisp beat, propelled by pounding brass and dreamy rhythms is a perfect example of intelligent hip-hop: reflective, honest, authentic and credible.

This might be what makes ATIC unlike other labels – it’s the bosses who, instead of getting bogged down in marketing strategies and recording deadlines, are setting the high creative watermark for the other acts to live up to.

Co-founder Nicole ‘Niko’ Vergel de Dios also pops up on Follow The Outline. First, on Gripper’s remix of Aim’s ‘Northwest’, her dancey vocals are hauntingly twisted and distorted. Unfortunately, with completely static drums and bass, the track lacks direction, and feels hollow, empty. Niko redeems herself on ‘Womb’: a jazzy lament, with sackloads of style and grace, if not originality.

All of this leads to the assumption that Aim and Niko’s earlier collaboration was let down by Gripper’s knob-twiddling – an implication that appears to be confirmed by the artist’s own tracks. ‘Zombie’ starts out like a sinister ‘Billie Jean’, but the breakdowns are dull and the theme becomes repetitive; ‘The Right To Know’ is a messy slow-build of an intro with no song at the end of it, that somehow sounds completely unfinished, despite failing to raise any anticipation; ‘Styrofoam Head’ consists of the same spoken-word sample - “There have been changes in the sea” – repeated over and over and over, which annoyingly distracts from the minimal development of the music itself. The track is unsuccessfully salvaged by a few random single-bar patterns that sound as though they were strung together in Fruity Loops in about ten minutes.

Gripper’s ‘El Ruedo’ however, is an achievement. It is an achievement in sounding remarkably like it was written to promote a central European city-break destination. Over-complicated drum patterns attempt to compensate for an unforgivably plain bass part, which is only padded out by daft jazz flourishes

The quality of the rest of the acts is equally diverse. Paperboy show the other side of ATIC’s sound, beyond the urban bravado. ‘Bigfoot’ is an enchanting folk ballad, beefed up with swirling psyche sound effects, and smoothed out with twee-as-you-like understated vocals. The band also happens to include – you guessed it – Andy ‘Aim’ Turner on guitar.

Crowhead’s ‘Tackle Lad’, by comparison, sounds like the soundtrack to a gory Nineties 16-bit video game, with squelchy bass and unimaginatively fuzzy synth.

Three tracks by Death Of The Neighbourhood complete this compilation. ‘The Beautiful Things We Dirtied Up’ catches you off guard with soaring strings pushed way down in the mix, caught under a trippy drumbeat and lovelorn vocal harmonies. The unreservedly Brit-hop ‘Cokeholes’ on the other hand, is distinctive for its fuzzed-up Casablancas-esque vocals and unusually electronic beats – all remixed unsurprisingly by Andy ‘Aim’ Turner.

Of course, it’s hard to imagine a compilation – particularly one from a label that is only four years old – that couldn’t be described as 'hit and miss' and Follow The Outline certainly fits that description. Yet, while there is room for improvement on many of the tracks included here, there’s just enough energy captured throughout for the label to establish itself as one to keep an eye on in 2010.