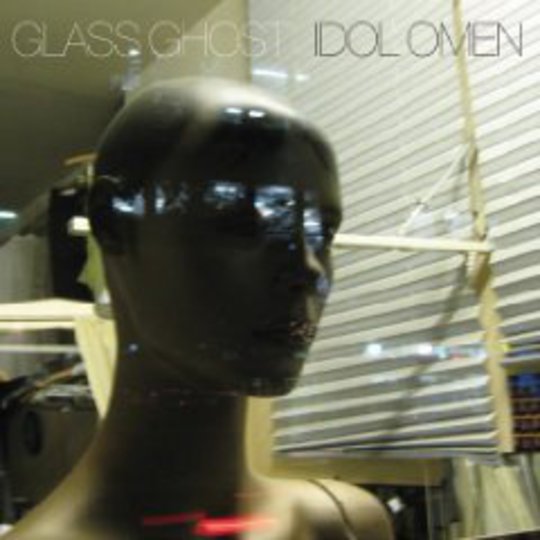 There’s a strange kind of jubilation in hitting rock bottom. It’s a feeling the members of the Brooklyn-based Glass Ghost, Eliot Krimsky and Mike Johnson, understand implicitly. These two have been around the block a few times, having spent a generous portion of time peddling meticulously crafted melancholic dream-funk in the underrated Flying. Here, on their debut album as Glass Ghost, Idol Omen, they take things down a notch or two, but never forget that there’s beauty and humour in the doldrums. It’s possible to laugh and cry and even want to dance as you scrape your face off the barroom floor.

Krimsky is in possession of a distinctive falsetto that’s slightly atonal but never slips into outright dissonance. He’s clearly in love with skewed pop, and Idol Omen ultimately falls somewhere in between Talk Talk’s transitional and bittersweet opus The Colour of Spring and Scritti Politti’s unashamed lurch into the mainstream with Cupid & Psyche 85. Johnson’s contribution shouldn’t be underrated—his mixture of sampled beats and actual drumming adds the minimalist funk undertow that splashes a crucial dash of colour over Krimsky’s disconsolate yearning.

The best trick in the Glass Ghost bag is their ability to stretch out acres of space between notes and then tightly compress them with short bursts of bustling rhythm. Opening track ‘Time Saving Trick’ is a great example of this. It begins with Krimsky crooning over a simple bass drum beat and an occasional prod at his piano keys. Johnson awkwardly shoves a scuttling beat into the song about a third of the way through, sounding like he’s falling over his drum kit rather than playing it. But this combination of two disparate worlds—imagine the Meters jamming with Elliott Smith—is central to the Glass Ghost aesthetic. It’s their way of adding a celebratory hue to the wistful blues that have exercised a vice-like grip over their collective psyches.

Much of their music is driven by a clopping beat. ‘Mechanical Lie’ is a positively strident song in the small Glass Ghost canon, but it’s still imbued with a sense of listless heartache. ‘The Same’ is driven by processed handclaps and those tumbling beats, which maintain the simmering tension between remorse and revelry. As the album progresses, they begin to play it straight — ‘Like a Diamond’ is a forthright manifestation of Krimsky’s throes, and causes Johnson to keep his Clyde Stubblefield impulses in check. ‘Violence’ and ‘What I’ve Seen’ play out in a similar manner, with the niggling beats only rarely surfacing, and the two players showing they are keenly aware that you can have too much of a good thing.

Idol Omen closes with the asthmatic wheeze and skittering whir of ‘Ending’, which brings the album to a close after just eight songs and 30 minutes. It’s a perfect introduction to what Krimsky and Johnson can do, but anyone fatally attracted to these songs will long for a more generous crack in the door to open up next time. There’s a maturity at work here, a feeling that the band members know when their ideas and natural inclinations have reached saturation point and can be to tapered off into other avenues. It’s rare to find that in a new band, and it’s just as unusual to find two musicians so able to mix up joy and sadness into a perfectly formed bundle without making it sound like a jarring and inappropriate mess.