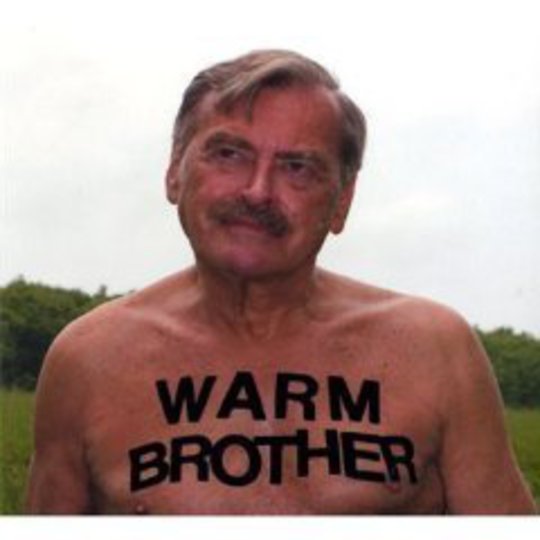 A one-man-with-occasional-helping-hands project based in Omaha, Nebraska, Digital Leather is one of a number of US underground concerns jumped on by the Fat Possum label, whose days of being a flagship label for booze-soaked blues pensioners are long gone. Other recent signings Wavves, Crocodiles and Thomas Function share a taste for splicing sweet tunes and fierce fuzz with Mr Leather – real name Shawn Foree – but I’d take Warm Brother, the sixth DL studio album since 2003, over any of that lot.

Much of this record’s 34 minutes combines knowingly outmoded Eighties synthesisers with new wave, collectorscum punk rock and American indie, which is pretty in vogue at the moment as hybrids go. This is a case with people catching up with Digital Leather’s mindset, rather than the other way round. You’ll have to dig that archaic keyboard sound to some extent, or you won’t be feeling Warm Brother; you’ll be MADDENED by a song like ‘Photo Lie’, a claustrophobic clang of acoustic guitar slowly overwhelmed by cicada-chirp synth buzz. Foree wrings a lot of mileage out of this meeting of aesthetics, this twin desire to use traditional guitar-pop classicism and minimal wave keyboard gloom. The least synthy, most indiepop moment on here is ‘Hurts So Bad’, which is festooned with handclaps and, good grief, whistling, and sounds a bit like a C86 band taking on the Lemonheads.

‘Homesick For Terror’ starts with the line, “Warlords of the underworld!” and is OTT enough that it could be a song from a Troma movie; while it’s Warm Brother’s furthest venture into overt comedy, it doesn’t detract from the album’s general sincerity. Foree understands that he’s making a bit of an exhibition of himself, you feel, but he’s in essence a pop artist – albeit not a very popular one yet – and ought not to be primarily concerned with how to maintain his dignity. Moreover, it never feels like he’s lo-fi-ing it for slummy kicks, or that the fuzzy-eyed comedowns that seem to inform Foree’s creative streak are any kind of put-on. (He’s also on record as saying that "99.9% of this record is me and my engineer in this house/studio getting fucked up and doing weird stuff with instruments.") The sense of jittery romance threaded through the 12 tracks, too, seems really real: “I’ll send you all my love, I’ll send you all my love / My kisses,” runs the refrain of ‘Kisses’, and you can’t break it down much more than that.

One hopes it would not cast too large a shadow over the peculiarities of Digital Leather to note that if you jam out to Jay Reatard on the regular, you’ll probably get a lot out of this too. It’s a paradox: on initial listens, the patronage of Monsieur Reatard only really makes itself apparent once – the song ‘Not Now’, a buzzing clap-percussion mangling of new wave that sounds like the midpoint between Jay’s most recent pop hits and his doomy synth-rock sideproject, Lost Sounds. Yet, as the play button gets hit over and over, the vague English inflections in Foree’s singing voice remind you of the aforementioned loose cannon from Memphis; likewise the willingness to let almost-cheesy building-block keyboards come to the forefront of songs. ‘Bugs On Glue’ is a prime exhibit: a punk-paced honker that flirts with the essence of synth-punk OGs like The Screamers. ‘Modern Castles’’ gothic intonations suggest a Reatard/Cold Cave teamup, which is most def a big look in the corridors of American alternativeness circa 2009. (I daresay Matador Records have already thought about offering Digital Leather a deal, otherwise I’d play A&R’s Little Helper and suggest it.)

The more of this stuff that bubbles towards the surface, the more feasible it seems that a freak hit might be created, by a combo of bloghype and, for example, a crusading Radio One DJ. I’ll grant you that the landscape has changed a lot since ‘Your Woman’ by White Town (similar synth-based foundation, similar recording fidelity) was inexplicably plucked from the tweepop undergrowth, but Digital Leather – like Jay Reatard, like Kurt Vile – occasionally stumble into such ineffable tunefulness that it’s hard not to wonder what it might be like to hear something like this in high street shops every half hour. It won’t happen, and the UK will probably get that fucking Owl City song in due course instead, but I’m in the mood for escapism.