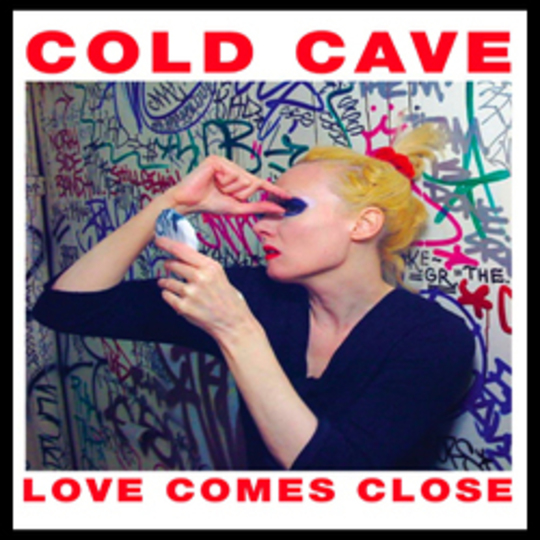 The term ‘electronic pioneers’ tends to get bandied around more than ‘rock pioneers’, and not without reason. If true pioneers are those who step into the unknown, then a lot of 'important' rock artists pretty much seemed to know what they were doing as they were doing it. The joy of many early electronic acts is that really were completely in the dark. Watch New Order’s 1981 live film Taras Shevchenco and there’s an undimmed thrill to seeing something so transcendentally brilliant that is, at the same time, a bunch of nervous people in grey bashing out a bunch of half finished songs.

These days it’s increasingly difficult to genuinely pioneer any sound, synthetic or otherwise. Yet acts who sling their rock boots for pastures more synthetic oft retain that quality of operating on a frontier, even if it’s a purely personal one. From Up to Give Up, a number of fine, distinct electronic records that have little to do with 'dance' have been made in this way. Cold Cave’s Love Comes Close slips amongst their number nicely.

A somewhat amorphous band - who you may or may not deem a supergroup depending on how in awe you may be of Dominic ‘Prurient’ Fernow and ex members of Xiu Xiu and Parts & Labor – they’re led by Wesley Eisodd, veteran hardcore vocalist and notorious ‘inspiration’ to Pete Wentz. This is the first outfit he’s played instruments for, and it’s his thick, simple, buzzing synths and lugubrious tones that dominate Love Comes Close. It is, at heart, a synth-pop record of gothy-but-not-too-gothy late Seventies/early Eighties aspect, redolent of Depeche Mode and Gary Numan before they surrendered to the darkness or New Order before they fully embraced club culture. In other words it’s a synth-pop record that sounds like a bunch of at the time pioneering synth-pop records. Yet in being made by a group of non-synth-poppers, it retains a naivety that steers it clear of pastiche or homage, even of being as retro as it might.

Crucially, it also has a number of very good tunes. The bleary analogue sigh of the title track is gorgeous, a wearily pretty hymn to detachment that succeeds in makes numbness sound like the height of romance. The missing link between Bernard Sumner and The Postal Service, somewhere out there Zach Bradff is furiously scribbling a script it can be shoehorned into. ‘The Trees Grew Emotions and Died’ belies its name to be an almost playful duet between Eistodd and bandmate Caralee McElroy, their voices childishly hiccupping through the same incomprehensible cycle of words, mirroring the pattern of the bloopy synth figure that pinwheels irresistibly through a veil of lush distortion. ‘Hello Rats’ is heavy with tender melancholy, vocal and keyboard hooks glistening with tired gravitas. ‘Life Magazine’ sounds like ‘Time To Pretend’ if it had been made a quarter of a century earlier, by people who weren’t dicks.

However, there’s both a homogeneity and a dourness to Love Comes Close that saps the likes of ‘The Laurels of Erotomania’ and ‘Heaven Was Full’ of what you imagine to be their full potential. Eisodd’s droning, drizzly vocal oft feels like it lays a dimming filter between us and the song's true brightness; he sounds kind of like a mumbling Dave Gahan, and while there’s something to be said for that, one can’t help but mentally thumb through a list of Depeche Mode tracks with better choruses. But there’s also a repetitive quality to the music, virtually every song based around a bleeping motif set atop a bed of grainy distortion. The frustration of this is that early works collection Cremations (currently sitting pretty on Spotify) showcases a much noisier, more scabrous side to Cold Cave. The songcraft may not have quite been there, but a dollop of its viciousness might have cut through the slight air of listlessness that descends by Love Comes Close's close.

The frustration of continuously comparing Love Comes Close to seminal synth albums is that I seriously doubt Cold Cave were trying to ape them at all. As I say, a strength of the band is the feeling that this group of people would have made this record in 2009, regardless of any prior developments in electronic music, that they just happen to have made a record that recalls a bunch of other records. It being weaker than those records is simply an inescapable fact – you can’t say it’s a great album for 2009 when it would have been a merely good one in 1981. But it is good, fitfully very good, and when considered alongside Cremations, this two year old band have build up an undeniably impressive body of work. They could have become a shitgaze sideshow; instead they made some damn elegant pop songs. Nobody should have a problem with that.