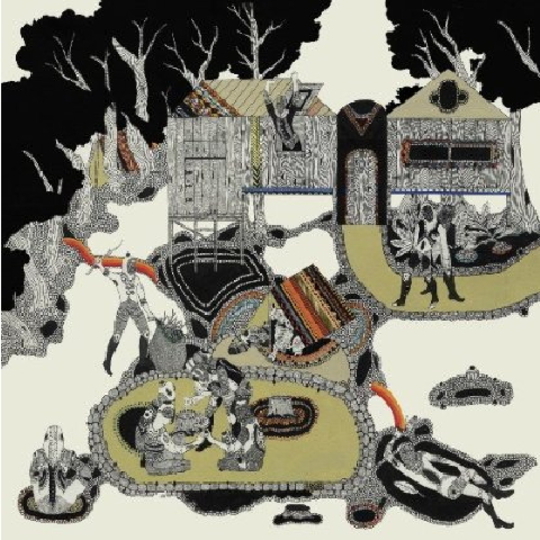 Having seemingly shrunk back into the undergrowth following the dense psychedelia of 2006’s II, Philadelphian folksters Espers return to the fray with their fourth album, III (man, I bet they wish they’d renamed second LP The Weed Tree now, even if it was a covers record.)

Of course, Espers have hardly been resting on their laurels, as this new album reveals. The band’s creative driving force, Greg Weeks, has been almost as busy as fellow freak folkster Devendra Banhart, popping up on any number of other people’s records, and releasing a solo LP, the dirge-filled The Hive. Meanwhile, Weeks’ creative foil in Espers, Meg Baird, released a solo album of her own, 2007’s Dear Companion, that was light and airy where Espers can be shadowy and imposing.

It would be simplifying things slightly to suggest that this lighter side that has had the bigger influence on III, but it’s a hard argument to ignore. As a whole, III is cheerier than its predecessor, and the band themselves have stated that this was an aim from the outset – before admitting that they failed with such ambitions. The gentle ‘Another Moon Song’ does capture this aesthetic perfectly – Baird’s airy vocal drifts atop a rolling, relaxed rhythm that recalls Vetiver or Pentangle’s softer moments. Elsewhere, ‘The Pearl’ breaks into an extended, blissfully fuzzed-up solo halfway through, which then continues to track Baird’s vocals for the rest of the track. If such a thing as pastoral chill-out folk-rock exists, this is it.

However, there are darker moments lurking on III. ‘The Road Of Golden Dust’ is probably the bleakest of these, an eerie duet between Weeks and Baird that talks of death and other such delights, before becoming overrtaken by Brooke Sietinsons’ piercing solos. From there, the track evolves into an extended mass of guitar and shrieks of fiddle, and is perhaps the individual track that recalls Espers' earlier work the most clearly.

The following track, ‘Caroline’, initially feels like the most conventional moment on the record. The duetting vocals return, over a bubbling brew of analogue synths and woodwind, telling the listener, "don’t you cry, go lie down in the day", but paired with the track beforehand, it feels more like a respite from the storm than any simple-minded hippy talk.

Indeed, it’s this switching between dark and light that characterises III, rather than any direct move towards a lighter, more conventional style. Closing track ‘Trollslända’ is a great example – beginning as a Fairport style stroll through Anglo folk territory, it soon makes an impressive break for the border, striding purposefully towards post or even classic rock territory with the electrifying solo that follows.

It’s certainly a very different album to II, but that’s certainly a positive thing, for both the band and listeners, as another record in that vein would have been hard to differentiate from its predecessors. As it is, Espers have moved towards new territory, stumbling occasionally, but with a clear eye on where they’ve come from.