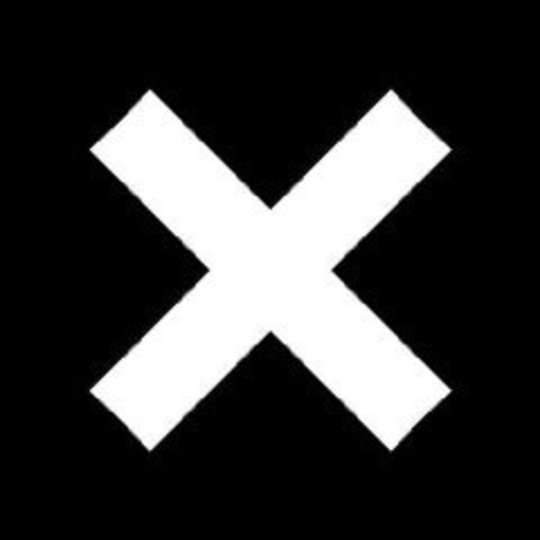 Striving for mood is futile. If your intentions are in any way transparent, you’re going to fail. Contrive downbeat miserablism in your music and it’ll come off as studied, inauthentic, indulgent. Aim for the stars with the word ‘epic’ in the back of your mind and you’ve made the last Maccabees album. Lots of artists that shoot for ‘atmospheric’ end up with overwrought pretension, style over substance. What The XX have feels chanced upon, and precious.

There’s a singular bleakness to their debut album, which sounds like it’s been made by moonlight by a grim team of introverts, half-drunk and lonely. Listening to it with the level of attention it demands gives you a sickly jealous feeling at the intimacy, like reading other people’s love letters. It’s a waste of time looking for big hooks or moments of release, but absorbed properly this becomes quietly transcendent. Somehow, its songs are welcoming despite their insularity.

There are four people in the band but this is a couple’s album. The twin vocals of Romy Madley Croft and Oliver Sim trade understated rich vowels, their dialogue the rope that binds 11 malnourished songs together. Romy carries all the drama with her tiny tics and unavoidably Great Voice. Oliver’s gentle croon is dangerously close to the vegan sex therapist vibe of Fujiya & Miyagi, but mostly agreeable. They are insanely well-matched, complementing and answering one another as they saunter around the bare minimum backing of their band.

The obvious reference point for this quiet, understated style is Young Marble Giants, but The XX have a couple of other tricks up their sleeve. The ace is the dreamy, ultra-reverbed guitars of Romy and Baria Quershi, nailed for perfect pathos every time we hear them. Jamie Smith’s sampler and drum work adds tiny lines of detail and makes tantalising occasional use of arse-tickling sub-bass rumbles. Every instrument is played with a glorious unselfishness, an element of healthy disinterest.

Misleadingly bold instrumental opener 'Intro' introduces The XX’s somnabulant groove with an ominous, Knife-like organ thrum and cloudsurfing guitars. There are background hints of broken electric squall on ‘Night Time’ where suddenly fluent guitars probe an ascending staircase of notes. These guitars are universally lovely, with riffs and licks just thoughtful enough to show the beautiful tone isn't being milked or overly relied upon. The much touted R&B influence only really materialises on ‘Basic Space’’s busy drum programming. Instead, The XX sound closer to (dirty word alert) trip hop, especially on the elegiacally tasteful of ‘Shelter’. This album will be soundtracking a lot of bad, earnest sex.

‘Infinity’ feels like a reprise of places we've already seen, but the crystalline cracks marking time are a typically inspired addition. The yearning guitars finally reach long-threatened Chris Isaak ‘Wicked Game’ territory before a thrilling build to a level of loudness unmatched elsewhere on the album. ‘Shelter’ is a centrepiece of sorts, with Romy’s voice more exposed than at any other point. “Maybe I had said something that was wrong / can I make it better with the lights turned off?” she sighs, like a wounded goth.

The music isn’t matched by equally adept lyrics. The frank first words on the album come on ‘VCR’: "You used to have all the answers" which is immediately undermined by the emotional dead-end of the following line: "and you, you still have them too". There’s a similarly uninspired summer / winter pairing later in the song, but the occasional clumsiness with words is countered by the utterly beguiling mix of voices over their skeletal backing. Mostly, it's tremendously touching. Songs are relentlessly second person with everything addressed to an unknowable 'you'. There’s a sense of overwhelming infatuation during ‘Basic Space’: "I think I'm losing where you end and I begin" confesses Romy before unfurling a suffocating manifesto of "setting us in stone / piece by piece before I'm alone / airtight before we break / keep it in, keep us safe."

All too predictably, my best listen of XX to date came last week at midnight on a dark Devon road, with only the occasional twin glare of white in the other lane punctuating a journey into nothingness. I was immersed and quiet, and that’s when this collection of miniature songs excels. They’re not magnificently written, with unspeakably beautiful melodies, and virtuoso instrumental performances, but they have an intangible spook. The XX know when to tense, when to relax. It’s instinctive. It could be because they’ve known each other for years, it could be luck that this combination of four people is somehow tuned to one another and can create something so clear, so fluent. It’s pointless speculating about it. It’s here and it’s almost perfect.