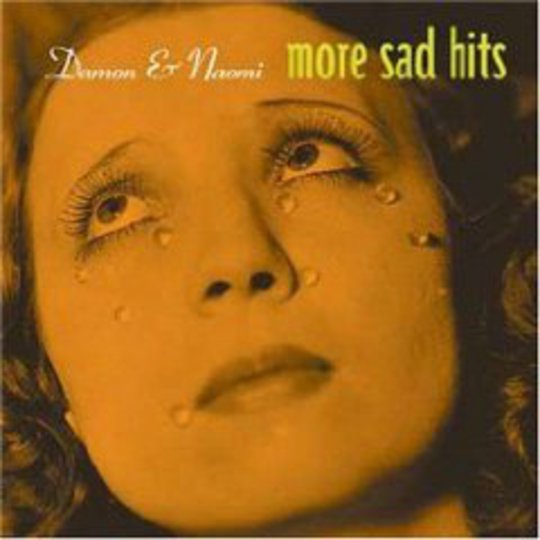 They say time is a great healer, and in the case of one time two-thirds of Galaxie 500 Damon Krukowski and Naomi Yang, it was more a case of indulging in a spot of reflective therapy culminating in More Sad Hits, their first recording as a duo.

Initially released to a largely unsuspecting public in a quite underwhelming fashion back in 1992. The world was preparing itself for the grunge phenomenon that in a matter of months would change rock music forever; slowcore or any of its melancholic predecessors wasn't on the agenda back then. More Sad Hits could be considered something of a requiem mass extinguishing the traumatic last few months of Galaxie 500 - Krukowski and Yang didn't exactly hide the fact that the break-up with the other third of Galaxie 500 Dean Wareham was purely down to musical differences. Indeed, even the sleeve notes of this re-issue mention "the bad energy Wareham always brought into the studio with him", a clear sign that relations weren't exactly amiable between one and all for a long time.

Between times, Krukowski and Yang had been listening to Robert Wyatt's Rock Bottom almost continuously since the split, and it was largely due to the impact of that record from where More Sad Hits bore fruition. As with their previous works, esteemed producer Kramer found himself sat at the controls once again, and listening to the record now it becomes even more apparent how much of an influence he had on the end product, turning what could have ended up as being nothing more than an exercise in morose self-pity into a statute, grandiose affair whose inspiration would galvanise esteemed artists like Low and Neutral Milk Hotel (their song 'Naomi' is purely influenced by this record, fact fans) into writing some of the best music of their career, ultimately creating new sub-genres in the process.

Kramer's input into the record actually goes beyond mixing desk duties, his guitar work coming to the forefront on two of the record's highlights 'E.T.A' and 'This Car Climbed Mt. Washington'. Not only did he help create arguably the finest hour of Damon Krukowski and Naomi Yang's recording careers, he also firmly established himself as a maverick genius in the process, setting the standards for what was to come both from his own hands and those of his contemporaries in the future.

However, let's not take anything away from the actual songs themselves here either. Twelve pieces of music in all, each and every one written at a time when neither party really had any inclination to carry on making music as widely illustrated in the lolloping 'Little Red Record Co.', which compares the music industry to a dictatorship similar to that of Chairman Mao.

Elsewhere, their mournful, Hammond-saturated reading of Soft Machine's 'Memories' and ode to all things Wyatt 'Sir Thomas And Sir Robert' resonate with a dense, yet strangely familiar beauty that may have confused the living daylights out of a music underground searching for the ultimate rock fix back in '92, but now sound resolutely perfect in the current climate.

Although More Sad Hits rarely finds itself mentioned in the same breath as Damon And Naomi's previous work such as 'On Fire', one suspects that is more down to circumstance than the actual quality, as this album hasn't merely improved with age, its finally found a place and era that can truly appreciate the greatness that is contained within. A funny thing, time, eh...